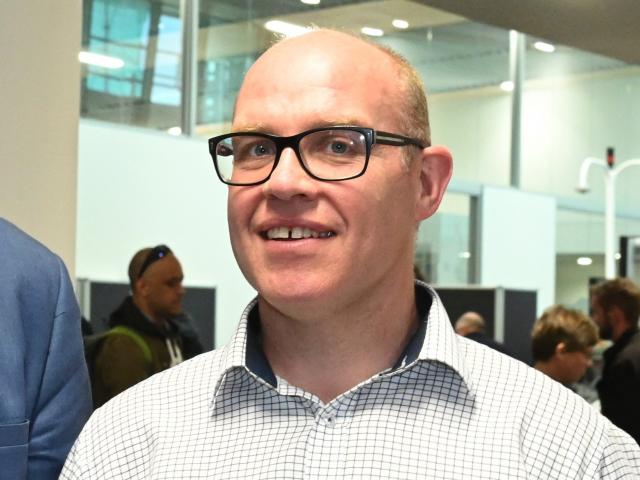 He is among six named for the Otago board by the New Zealand Institute of Skills and Technology Establishment Board yesterday.

Their roles will begin on April 1.

The Education (Vocational Education and Training Reform) Amendment Act requires the initial board for each subsidiary Institute of Technology and Polytechnic (ITP) comprise between four and eight directors, of which at least half must reside within the region that the subsidiary primarily serves.

He said he was excited about the opportunity the education reforms would create for Otago Polytechnic and its students.

‘‘I look forward to seeing how the whole region is positively impacted by the changes.

“Otago Polytech is an important part of the Dunedin fabric, a major contributor to the Otago region, New Zealand
and further afield.

‘‘We have fabulous staff and a great culture — we’re good at being innovative, inclusive, and collaborative.”

Establishment board chairman Barry Jordan said the appointment of the Otago board of directors was a significant step forward in the journey towards a ‘‘cohesive, sustainable vocational education system’’.

‘‘In making these appointments, we have balanced the need to ensure continuity of operation with sound local and regional relationships.

‘‘We are delighted with the diversity of thought within each board, alongside the complementary skills and experience that will drive positive outcomes for their respective communities.’’

To further drive the shift from competition to operating as one regionally accessible network of provision, the establishment board has decided that one NZIST Council member will be a director on each subsidiary ITP board. Each board may also receive a ‘‘cross-board appointee’’.

These names will be confirmed in April.

Huge mistake. Allison is on too many boards. Go to the NZ companies website an search Allisons name. He is on numerous boards and is making his living as a professional board member. How could anybody on that many boards physical even have time to go to the various board meetings? Typical Dunedin nepotism, another do nothing expert appointed to the board so he or she can collect some cash. How about appointing people who have actually done something? I'm sick of seeing people selected for these positions based upon payback for who they know. Huge mistake.

Ok, I'll ask...why? What does he bring to the table? Other than being a professional board member not much! Can someone explain to me why, with a population of over 100,000 people, why the same group of people are on boards all across the city? How about a little divirsity and more experience. Yes, Allison WAS the CEO for day and night. Big deal! That was yonks ago and other that being a professional board member he hasn't done much. What does he know about education? Dunedin needs to stop loading all their boards with the same people. This city is disfunctional primarily because of the incestuous realtionship of the people selecting these board members. Selection should be based on best qualified not on who you rub elbows with in government. I don't have high hopes for Otago polytechnic with Allison at the helm. Expect the same business model used at DuD airport, investment in huge parkinglots and other unneeded infastructure , overpaid senior staff, bloviating, self promotating CEOs, and detoriating morale of staff and students. Come on, this decision representsi the best and the brightest? I don't think so.