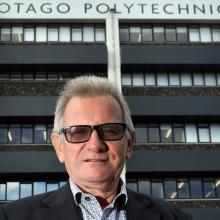 From 2020, New Zealand's 16 polytechnics and institutes of technology will fall under the umbrella of NZIST; however institutions will retain a degree of independence under a parent-subsidiary model for at least two years.

Ten workstreams have been set up by the Minister of Education to have the new system operational by April 1.

They include a "Mobilising the New World" workstream made up of seven working groups, covering topics from online learning to international education.

Otago Polytechnic CEO Phil Ker was leading the education products and services and online arrangements groups, and was the only polytechnic representative to head up two groups.

Mr Ker said when it came to individual programmes different institutions were running, such as Otago Polytechnic's EduBits microcredentials, his groups' work would take the initiatives into account but was focused on the future.

"Those working groups are really about developing strategy and what that might be; decisions have to be made as to what will actually be put in place and what might be implemented."

It was good those leading the working groups had been chosen for their experience in "the work that we've been doing for so long", he said.

"It certainly has been very well-planned.

"It's an opportunity to look quite strategically at using technology across a whole range of things that go on."

Other groups are led by representatives from Wintec, the Eastern Institute of Technology, the Central Economic Development Agency, Competenz and Venture Taranaki.

Five hundred nominations were received for spots on the groups in the working groups, from which 76 were chosen.