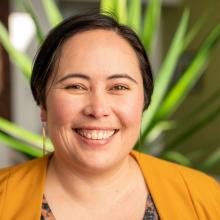 University of Otago physical exercise and Maori teacher Anne-Marie Jackson
Two Otago educators who love to enthuse their students have had their dedication to tertiary-level teaching recognised with national awards.

There were seven other award winners.

Her award was one of five in the Kaupapa Maori category. 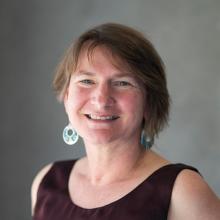 Otago Polytechnic nursing lecturer Josie Crawley
Ms Crawley was one of four teachers to be recognised in the general category of sustained excellence in tertiary teaching.

"I like to construct learning environments that enable students to flourish — both within themselves and in their ability to connect with clients,’’ Ms Crawley said.

"I love nothing more than sitting one on one with a student on a clinical placement and see them make all the connections.’’

Prof Jackson said she saw the award as recognition for her whanau that anything was possible.

"I primarily teach physical education students, and teach very much from a Maori physical education and health perspective ... I love seeing students develop their own passion and enthusiasm about the theoretical content, and then how they become engaged to go out into the world and do something about it in a practical way, too.’’

Prof Jackson said her purpose as a scholar was to help lift the hopes and aspirations of Maori communities.

"Her dedication in raising the profile of matauranga Maori in our division of sciences and further afield is a fantastic example of how to effect change from inside an organisation.’’

Ms Crawley’s teaching career has been diverse. Students have ranged from parents with intellectual disabilities, to prisoners and Plunket workers.

In the past two decades, however, she devoted her time to preparing students for careers in nursing or, in her own words, “developing compassionate nurses”.

The nine award-winners are in the running for the Prime Minister’s Supreme Award.

The presentation date has yet to be confirmed.