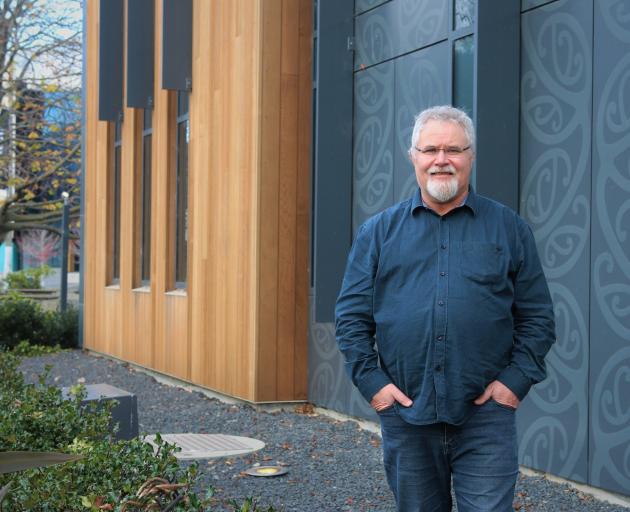 Prof Poulton and several other Otago University researchers have drawn from world-class data in the Dunedin Study and the similar Christchurch Health and Development Study to provide an analysis of the effects of cannabis before New Zealand’s referendum on the drug in September.

The findings were titled "Patterns of recreational cannabis use in Aotearoa New Zealand and their consequences: evidence to inform voters in the 2020 referendum".

They have been published in The Royal Society of New Zealand journal.

Prof Poulton said the research aimed to provide a "cool-headed" view on the most reliable and robust evidence of the effects of cannabis use.

The Otago researchers were "acutely aware" that there were "hotly contested views and opinions about cannabis use among the public", and differing views within the scientific community.

"I’ve been giving evidence to various health select committees about cannabis use and harms for almost a quarter of a century and raise the same point each time: harms associated with cannabis use should be treated as a health issue, not as a legal issue," he said.

He had a "strong preference for evidence-informed preventive and early intervention approaches" but he said preventive health approaches were impeded by the legal status of cannabis.

He encouraged voters to reflect on a referendum option that removed the legal penalties associated with cannabis use.

This was because such consequences could "significantly reduce a person’s life opportunities", affect their employability and "severely curtail their freedom of movement in a global 21st-century world".

A criminal record could also lead to "ongoing punishment or discrimination and stigma", he said.

The research shows that by adulthood most New Zealanders (born in the 1970s and now approaching middle age) had tried cannabis and did so with relative impunity, escaping serious health and or social consequences.

However, for a small portion who used cannabis frequently or became dependent, the study outlines negative outcomes.

"These range from impairment in psychological function, loss of cognitive capacity, poorer respiratory and gum health, and a range of negative psychosocial consequences such as early school leaving and academic underachievement, failure in employment and the workplace, dependence on social benefits, and risk of criminal conviction or incarceration,” he said

Consistent with the Dunedin Study, findings from the Christchurch study showed that increasing levels of cannabis use from ages 14–21 years was related to higher levels of unemployment and welfare dependence and lower income by 25 years of age.

Those using cannabis more than 400 times before age 21 (about weekly over that period) had odds of welfare dependence 4.9 times higher than those who had not used cannabis, and unemployment odds 3.3 times higher.

But you can weave baskets out of it. If the state cannot protect its youth, or actively campaigns to destroy them by vacating the field, what good is it. Allowing the impulsive to destroy themselves because some people like to destroy themselves, is not a good argument. Only the ill would push mental illness, depression, suicide upon their youth, because it's easier not to be a parent.

These study results make a mockery of those that claim it's consumption is victimless.
There is no reason it can't stay illegal and have it treated as a health issue, for the basic consumer.
Policing is about keeping the community healthy. The lockdown is a prime example. Traffic control is another.
How people, that have been identified as having drug abuse issues are treated, is the issue.
Poulton and the ChCh study have highlight why it should not be normalised.
We already have too many issues with alcohol.
Yes, those of us that thought is was cool smoking the stuff when we were younger, have all to often seen the results for ourselves. That is why the older generations are mostly against normalisation.