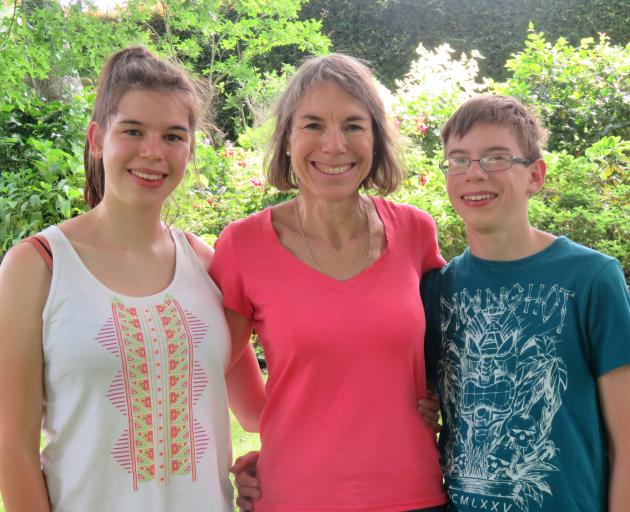 Her children's responses, along with 121 others', to a Coeliac New Zealand survey formed the basis for an article in the latest edition of the New Zealand Medical Journal, which found having the disease could negatively affect the quality of children's lives.

Associate Prof Coppell, who is researching public health at the University of Otago, said her children's allergies were in part the stimulus for the project.

"Writing the article I was working with other people who could say, hey, you might be biased here, but I thought it was important work to do because I do have an interest," she said.

The article is based on an anonymous survey Coeliac New Zealand took of its members.

"I'm really glad we did it, and that we did the research, because I hope that it raises awareness of the kinds of issues that we and many other people struggle with," Prof Coppell said.

"If it is going to help others, then it was worth doing it."

The article, written by Prof Coppell with Otago colleagues Rosemary Stamm and Kiri Sharp, found that although the prevalence of coeliac disease has increased over the past 30 years, serious issues with timely diagnosis and difficulty adhering to a gluten-free diet remain.

"The quality of life of children with coeliac disease can be impacted by social pressures related to having to adhere to a gluten-free diet and a limited availability of safe uncontaminated gluten-free options when attending parties, restaurants and travelling.

"Recognition of the symptoms and challenges associated with the diagnosis and treatment of coeliac disease in childhood remains an important issue in addressing the needs of children with coeliac disease, and their families."

The survey found 85% of children felt having the disease meant they were left out of activities at school or with other children all, most or some of the time. Eighty percent felt different from other children.

Although many reported having felt angry about needing to strictly follow a special gluten-free diet, 40% said they believed their teachers and friends understood why it was important for them to do so.

Almost all the children had avoided restaurants at some stage, but the majority said they had not considered avoiding travel.

Around three-quarters said they had problems finding quality gluten-free food at shops.

While Prof Coppell did not analyse the raw data, which was anonymised, the survey findings came as no surprise to her given her own experience in a coeliac family.

"I constantly hear stories, and am amazed at the challenges which just seem constant for people; that was a reason to do this research and raise awareness of these issues." she said.

"When my daughter went to one of her first friends' birthday parties a cake came out that she couldn't eat and she went off to the bathroom and cried, so these children are very aware they are different: she was just four at the time."

"It is almost like a social disease because so many of our activities are based around food, but I would say awareness of definitely better than it used to be."