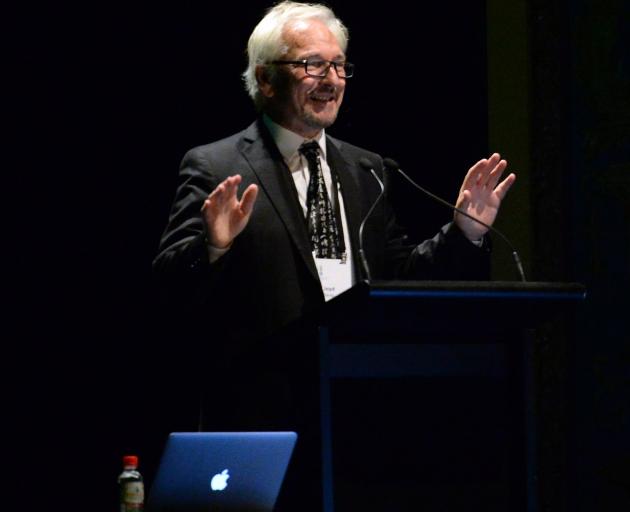 Organising committee chairman and PCST Network vice-president Prof Lloyd Davis, of the University of Otago, said it was the largest science communication conference in the world and it was the first time it had been held in New Zealand.

More than 400 delegates from around the world attended the ceremony, along with a further 350 members of the public, who came to see keynote speaker and Nasa Hubble Space Telescope senior project scientist Dr Jennifer Wiseman talk about her work.

"For example, [University of the Witwatersrand research professor in human evolution and palaeoanthropology in the Evolutionary Studies division director] Prof Lee Berger is a huge name and he wouldn't normally come to something like this, but he is just so invested in the idea of communicating science to the public.

"That's something that resonates with the people who agree to be part of it."

He said the conference, which runs until Friday, had a string of prominent keynote speakers, including Prof Berger; Dr Wiseman; Kyoto University Primate Research Institute Distinguished Prof Tetsuro Matsuzawa who has been studying chimpanzees for 40 years; Walter and Eliza Hall Institute of Medical Research biomedical animator Dr Drew Berry who creates animations that combine cinema and science to reveal the microscopic worlds inside our bodies; and Prof Lisa Matisoo-Smith who is researching the origins of Pacific peoples and their commensal plants and animals in order to better understand the settlement, history and prehistory of the Pacific and New Zealand.

Delegates were welcomed to the city by the King's and Queen's High Schools kapa haka group and deputy mayor Chris Staynes.

Prof Davis said there was strong competition from around the globe to hold the conference every two years.

"It's like the Olympics - you bid for it four years in advance.

"We were up against bids from Japan and Canada, and we were fortunate.

"We put up a case that they found compelling, and part of that was the support we had from the town, the mayor, and nationwide the Minister of Science and our Royal Society - it was a complete package.

"I also think they welcomed the fact that we involve the public here. There's a cultural element to it with local iwi."