By John Gibb
0 Comments
Scott Wesney is disappointed but philosophical after Covid-19 restrictions have twice denied him the chance to graduate in person from the University of Otago.

He was more concerned for his parents, Nicky and Robert Wesney, of Wellington, who have booked to fly to Dunedin and stay in the city for a couple of nights for the graduation.

It was a "little bit upsetting" that they would not get to see their son graduate, and he would now graduate in absentia, he said. 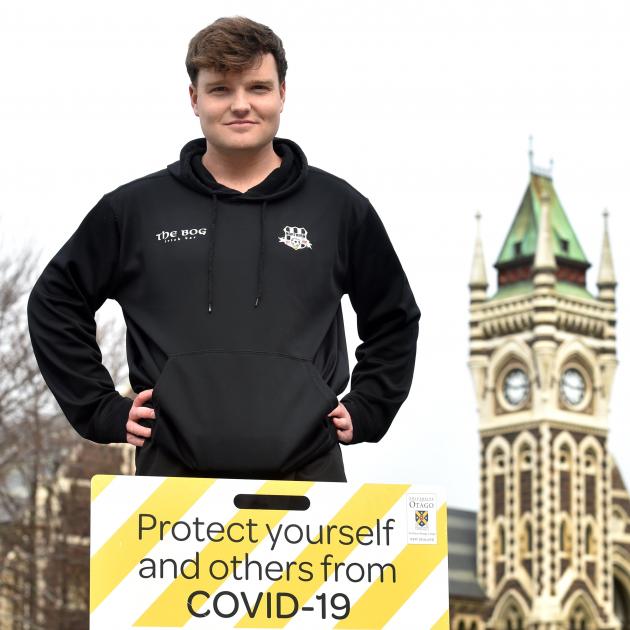 Scott Wesney (22), has had his public graduation ceremony cancelled twice this year because of Covid-19 restrictions. PHOTO: PETER MCINTOSH
Nevertheless, they would still celebrate together in Dunedin tomorrow.

He fully accepted the need to take precautions against the spread of coronavirus.

"Obviously, I’m overall disappointed but understand that it’s [graduation] not really a possibility with the nature of what’s going on in New Zealand at the moment.

"I understand that they don’t want to take the risk of spreading Covid-19."

After completing the requirements for his degree, majoring in sport and exercise science, Mr Wesney had initially been due to graduate in May, but Covid-19 restrictions on gathering sizes meant those public ceremonies were cancelled.

Instead of graduating in absentia earlier, he opted to graduate at the Dunedin Town Hall tomorrow, as one of about 370 people, but the return to Level 2 this week has wrecked his plans a second time.

Nevertheless, he was still taking the disappointment in his stride, and seeing the positives.