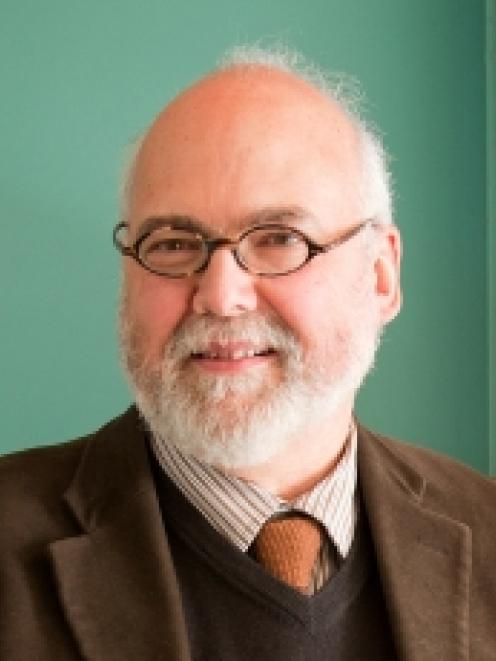 In a statement today, the University of Otago confirmed academic misconduct findings against the 15 trainee intern students in their sixth and final year of medical training.

"The university considers that the students exercised very poor judgement and acted unethically in doing so,'' the university said.

"As part of the normal annual process, the MB ChB Board of Censors will now consider whether the students will be able to graduate in December as planned.''

Otago Medical School acting dean Prof Barry Taylor said the university was "extremely disappointed that its trust has been seriously broken and that the students involved have breached academic and ethical standards in connection with their overseas electives''.

"We understand the public disquiet on learning of this breach of trust, and we will take appropriate steps to prevent this happening again,'' Prof Taylor said.

"The majority of our students have diligently completed their electives and reported honestly on them.

"However a number of students have exhibited very poor judgement in taking varying, but significant, amounts of time away from placement activities to travel and holiday and then not accurately reflecting this in their elective reports. In doing so they have let the School, the public, their colleagues and themselves down badly.

"Now that the misconduct investigation is complete consideration will be given to whether each student has completed sufficient work over the last twelve months to be afforded a sixth year pass."

"The ethical considerations that arise will also be addressed by the MB ChB Fitness to Practice Committee which can refer individuals to the Medical Council,'' he said.

Students funded their own travel and other elective expenses, but received government funding by way of a training grant paid monthly over the trainee intern year.

The university has called for the students to make the appropriate repayment of their stipend to the Government. It was also "reviewing its own processes to mitigate the possibility of this kind of misconduct from occurring again''.

The overseas elective placement scheme itself would be reviewed in time for the 2020 electives.

The university would also look into any further possible cases if relevant information comes to hand, Prof Taylor said today.

Late last week, the university disclosed that, since mid this year, there had been rumours that Otago University medical students were not completing their elective places in Bosnia.

However, it took three months to gather the evidence needed for a formal investigation, the university said.

There have been allegations some final-year medical students chose specific medical centres in Belize, Bosnia and Italy where they could get their placement signed off after a week or less, before going on holiday.

Interns spend 12 weeks on placements, which can be completed overseas.

Allegations have been made a group of students this year have used all or part of their placements as a holiday, lying in interviews, and faking elective reports.

A university spokeswoman said the situation was brought to the attention of the Christchurch Dean, and discussed by the Otago Medical School executive in July.

The conveners of the sixth year or trainee intern year in all three campuses were asked to investigate and report back, the university said last week.

In a statement today, the university said that after a "formal investigation'', it had confirmed academic misconduct findings against the 15 students.

The university had written to the 15 Christchurch-based interns "with findings that they have submitted reports that are misleading about their level of commitment while on overseas elective placements''.

"Those involved are required to resubmit accurate elective reports and to undertake additional work addressing issues of integrity,''the university said.

After this a case-by-case assessment would be made as to whether each students overall work across the 12 months of the Trainee Intern year was sufficient for a pass to be awarded.

Electives provided a 12-week opportunity for sixth-year students to broaden their personal experience before taking up junior doctor roles.

These opportunities were largely self-managed and there was flexibility around the activities that could be undertaken.

Many students arranged to experience medical practice in overseas clinics and hospitals.

No formal teaching or assessment was involved but students were required to submit a report describing their elective activity, the university said.

In further comment today, the university said it had acted once concerns about some elective placements became known.

After rumours had surfaced in June that some students may not be adequately completing their elective placements, this information was brought to the attention of the Dean of the Christchurch campus and an investigation was started, involving conveners of trainee interns at all three campuses.

This involved reviewing where students went, gathering student and supervisor reports from throughout the year and talking to relevant students.

Enough evidence was gathered by September to establish the need for a formal investigation.

The reported funding of $26,756 for each intern is an annual grant covering their training for the whole year, including within teams in New Zealand hospitals, with overseas placements forming a maximum of twelve weeks during the year, the university said.

The elective allows students to choose how and where they spend 12 weeks of work and study so they can individualise their training.

Many choose to travel overseas to get experience in healthcare systems other than New Zealand,  or places specialising in areas they are particularly interested in such as paediatrics or infectious diseases.

If they chose an overseas placement, students paid their own fares if they travelled, and were not paid by the hospitals or organisations they work for during that time, the university said.