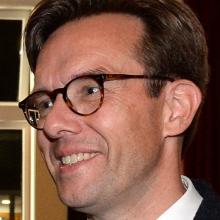 Patrick Koellner
The University of Otago’s annual Foreign Policy School  yesterday won plaudits for its distinctiveness and  ability to innovate.

Prof Patrick Koellner, of Hamburg, Germany, spent six months as a visiting scholar at the University of Otago politics department  in 2013.

Prof Koellner, who is vice-president of the Hamburg-based German Institute of Global and Area Studies (Giga), is back in Dunedin as co-director of the latest Otago school, which ended yesterday.

The latest three-day school,  attended by about 160 people, was devoted to "Asia-Pacific Diplomacy in Transition: Ideas, Institutions and Issues".

Prof Koellner appreciated the innovative, "hybrid" nature of the Otago school, which brought together not only academics but other key groups, including foreign affairs practitioners, such as Ministry of Foreign Affairs and Trade staff, and journalists with an interest in foreign policy.

"That’s what makes it different," he said.

The school’s participants had benefited greatly from not only hearing from academics, but also learning about the practical challenges faced by journalists  in reporting on Pacific Island affairs, and about the human outcome of various policies, he said.

Prof Koellner and school co-director Prof Robert Patman, of the Otago politics department, said it had also been encouraging to hear from Foreign Minister Winston Peters  that more resources were being provided to enable  New Zealand to communicate more effectively diplomatically in more complex times.