University has no stance on mine site 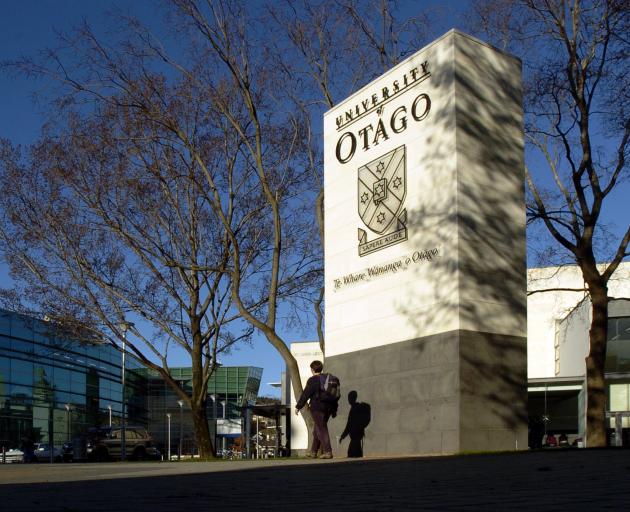 Photo: ODT files
The University of Otago says it does not have an official position to share on a potential diatomite mine near Middlemarch, which would result in 500,000 tonnes of the mineral being extracted from the ground every year as animal feed supplement.

Deputy Mayor Chris Staynes said last week the Dunedin City Council would probably be guided by the university's position on the proposed mine at the site of the 23 million-year-old lake Foulden Maar.

A university spokesman said the university did not have a view but might develop a stance in the future.

The institution supported and encouraged freedom of expression and opinion among its academic staff if they wanted to comment, the spokesman said.

Foulden Maar is expected to be discussed at a city council meeting on May 28.

Cr Aaron Hawkins is calling for the council to support the preservation of the site in principle.

University geologist Daphne Lee has said she would like to see the 800m by 1000m area preserved for scientific research.

Thousands of fossils have already been discovered, and they could be found across the site, she said.

The Geoscience Society of New Zealand has asked the Government and council to stop the proposal.

Geoscience Society spokesman Bruce Hayward said the diatomite at Foulden Maar was an "irreplaceable treasure box'' from which only a small proportion of its jewels had been found.

"We cannot stand by and see this fountain of paleontological knowledge about where we have come from destroyed; particularly not for so little transient local and national gain.''

Paleontologist Ewan Fordyce said he thought the summary from the Geoscience Society was "balanced and reasonable'' and made a good case for preservation.

Australian company Plaman Resources Ltd, which owns the site, wants to mine up to 500,000 tonnes of diatomite as an animal feed supplement each year.

An online petition against the mine, calling for the Government to reject Plaman Resources' application to buy the neighbouring farm had more than 7000 signatures yesterday afternoon.