Cull: mine support not too early 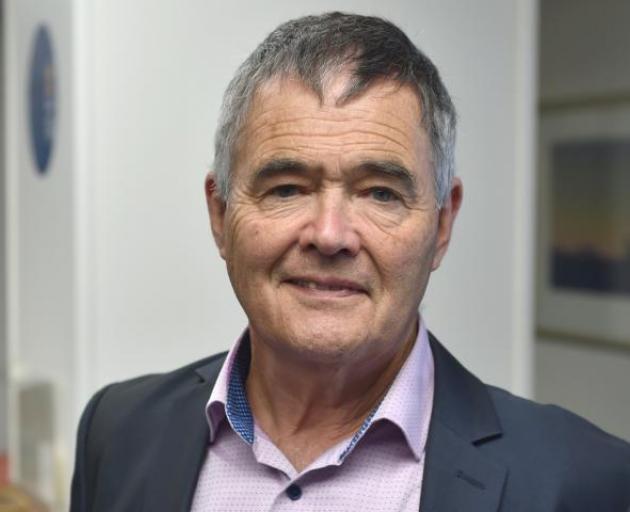 Mr Cull yesterday announced he had written to the Overseas Investment Office (OIO), asking it to "set aside'' an earlier letter of support he signed, backing the mine project, in October.

The OIO was also asked to set aside the signature of Dunedin City Council chief executive Sue Bidrose, who co-signed a separate letter of support written by the Clutha District Council.

The letters were provided as Australian company Plaman Resources applied to the OIO to buy a property next to its diatomite mine at Foulden Hill, near Middlemarch.

Since then, a leaked Goldman Sachs report had raised fresh doubts about the quality of diatomite in the area and ongoing access for scientists.

The company planned to mine 500,000 tonnes of diatomite from the Foulden Maar crater lake, which also contained fossils and climate data dating back more than 23 million years. That has prompted concerns the site could be lost to science.

Yesterday, Mr Cull stressed he was not withdrawing support for the Plaman mine plan, but more information was needed to answer "unanswered questions''.

He defended the decision to sign the original letters of support, saying the council - to some extent - had to take the claimed benefits of proposals "at face value''.

"We get a lot of proposals coming to us and seeking our support, and at some level you have to take at face value the claims [of] benefits.

"We get probably a dozen a year ... we don't go out and deeply research them in the first instance. If they look plausible and constructed then we may or may not support them.''

Despite asking the OIO to set aside the council's support, Mr Cull claimed the council had not shifted its position. It had become "neutral'' until more information was available to help ``settle on our position'', but could yet support the project, he said.

The "competing values'' of commercial and scientific interests needed to be weighed up.

Some of the claimed economic benefits of the diatomite as an animal food supplement were now disputed, while the view on whether some of the site could be exploited without affecting the scientific integrity of the rest had also shifted, he said.

"Up until now, what we've been most acquainted with is its commercial value. Now we are educating ourselves on its other values, and then we can make a reasonable comparison.''

An online petition, Save Foulden Maar, has attracted 7115 signatures, while the Geoscience Society of New Zealand - which previously told the OIO mining the site would help expose new scientific information - has now opposed the mine.

Cr Aaron Hawkins was also seeking "high-level support acknowledging [Foulden Maar's] significance'', and would put a motion before the next council meeting. If OIO approval was granted, a resource consent process would still be needed for the mine.

The ‘Council’s’ position? When did that go on the agenda at a Council meeting and which Councillors voted in favour of it?