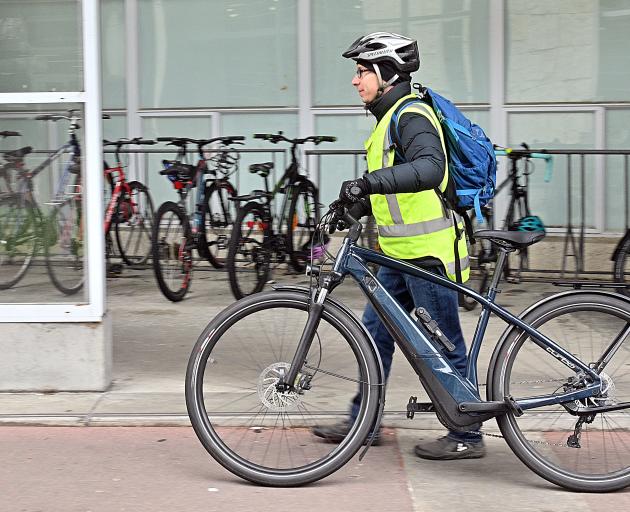 An e-bike storage hub with charging points, a repair station and tools on campus will include racks for 44 bikes, security lights, security cameras monitored by Campus Watch and a drinking fountain next to a new garden.

University of Otago sustainability office head Ray O’Brien said the hub, which will involve revamping the existing bike storage beside the Castle Lecture Theatre Complex, was being made possible through co-funding of $31,250 granted by the Low Emission Vehicles Contestable Fund from the Energy Efficiency and Conservation Authority.

It was expected to be finished by the start of the 2021 academic year, he said.

The project will be in tandem with an e-bike purchasing scheme for staff. It aimed to make e-bike commuting so attractive that 3% of the university’s 4000 staff would be doing so by the end of 2023, Mr O’Brien said.

A discount would be offered to university staff to buy e-bikes or have their bike converted to an e-bike.

A 2019 staff travel survey showed 3% of university staff owned e-bikes but only 1% rode them to work.

While 60% of respondents would consider using an e-bike to commute, 35% found the cost of the bike a barrier, Mr O’Brien said.

The project would gather data on use of the hub with the intention it could also be used as a case study for other large organisations.

Next year, the Sustainability Office would investigate having movable bike hubs at one of the residential colleges and one on the edge of campus.

A 50% discount for converting one's bike to an e-bike? How does that reduce emissions? And for a maximum of 80 staff!

Why doesn't the university just go the whole hog and offer motorised wheelchairs.