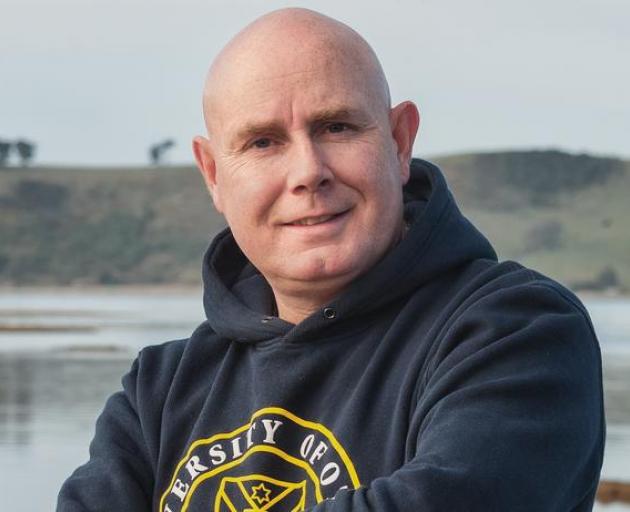 Professor Neil Gemmell. Photo: Supplied / University of Otago
"Basically, we’ve got a month of summer, and then things are going to get really, really, quite ugly — unless we’re really lucky."

The academic year started next month and when it did "we’re really going to see this take off", he said.

With Omicron cases accumulating at the border, academics and medical practitioners say it is only a matter of time before Covid-19 spreads into Otago and Southland.

The security provided by managed isolation and quarantine facilities had given the country a much stronger position than many expected, Prof Gemmell said.

There were some weaknesses in the system, particularly around high-risk groups,

but the vaccine rollout and its uptake on the whole had been good.

It was children now that would be the most vulnerable members in families, he said.

"I will feel much, much more comfortable once those 5- to 11-year-olds are vaccinated."

Prof Gemmell said people needed to remain vigilant about mask use and social distancing after a feared holiday outbreak failed to materialise in the South.

A concept that had not got through to some people was that vaccination was "not a suit of armour that will make you impervious to the virus", he said.

"It just makes it much harder for the virus to penetrate."

The country’s case numbers were "all going in the right direction".

He believed numbers were being kept low because the vaccination rate was high and children were not at school.

Also, across the country there had been a run of sunny summer days and people were spending time outdoors, reducing the chance of infection.

WellSouth chief executive Andrew Swanson-Dobbs said southerners needed to celebrate the fact there had not been any cases in the region in the present outbreak.

"But like others, I think it is only a matter of time.

"I’m pleased that we’ve been prepared and we’re ready."

Queenstown was expected to be a holiday hot spot for the virus, but an influx of Aucklanders, hoped-for by businesses, failed to materialise in the resort.

However, Mr Swanson-Dobbs said it was better to have planned for "all scenarios", including worst-case, and to have the resources and people in place to deal with an outbreak if it had occurred.