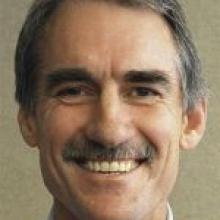 Athol Stephens
A reasonable figure for the sale of Carisbrook is proving difficult to pin down, but a reported estimate of $4 million from a property valuer has been dismissed as too low.

It emerged this week the stadium will be sold to the Dunedin City Council in the next few weeks for $7 million, and while he was unwilling to confirm the figure, council finance and corporate support general manager Athol Stephens said yesterday the money would have to be borrowed.

The cost of buying Carisbrook is not included in the $198 million the council has promised the new stadium will cost.

But the local authority may be able to make the money back when it sells the land, Mr Stephens said, depending on what option is chosen for its use.

Property developers spoken to yesterday were unwilling to go on the record with a price.

[comment caption=How much do you think Carisbrook is worth?]However, the general reaction to a figure of $4 million, reported as a ballpark figure for the stadium by an un-named property developer, was too low, with those contacted saying it would be a very good buy at that price.

Mr Stephens also questioned the figures, and said at such a price "we'd take it today".

Asked about the possibilities of money being made from the sale of Carisbrook, he said no research had been done so far on the issue.

Various ideas had been floated, including using it, instead of Bathgate Park, for playing fields, and using Bathgate Park for development.

Carisbrook, though, was already zoned industrial, was flat, had good services and good access.

"Above all, it's freehold.

"If no other purposes were intended for it, it should be reasonably sellable."

There could be a surplus from a sale, above what had been paid, although it could take time to realise, depending on the option.

Mr Stephens said the original deal for Carisbrook was that all the rugby union's debts would be repaid from the proceeds of the sale of the land, after it was sold to the council for a nominal sum.

Not only would the rugby union's and the council's debt be repaid, there was to have been be $5 million left over.

That figure was based on a Carisbrook Stadium Trust estimate of the land being bought for a nominal sum, and sold for $11 million, something council staff questioned at the time, he said.

"We always wondered if it would be possible to get $5 million [profit]."

That would have reduced the cost of the land at the new stadium, he said, but that was now apparently not the case.

An Official Information Act request by the Otago Daily Times last year resulted in the council confirming the ORFU's $2 million loan to the council had been extended to June 30 this year.

Quotable Value New Zealand did its last valuation of Dunedin properties, used by the council to set rates, in 2007, and those valuations came into effect for ratepayers in the middle of last year.

For Carisbrook, the capital value for the stadium was $16.2 million, but the land value was only $2.7 million.

That means the cost of the buildings on the land was estimated at $13.5 million, but they have at best limited use for anything other than a stadium, and ratings valuations do not necessarily reflect market prices.