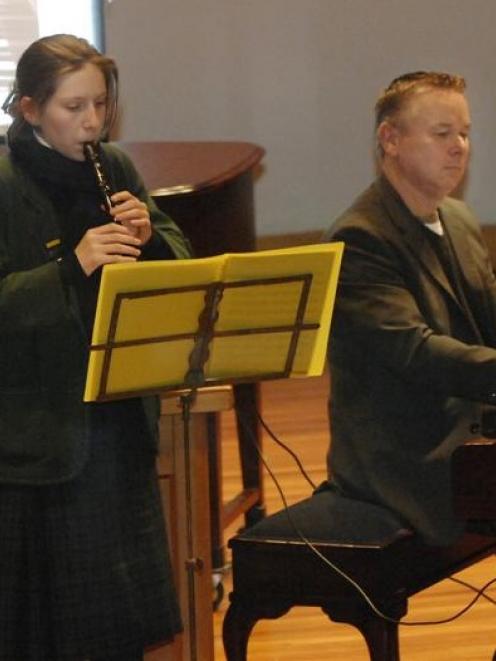 The London-based composer returned to Dunedin yesterday to mark the 40th anniversary of Saturday morning music classes in Dunedin, which is being celebrated this weekend.

"When I was a student at Otago Boys, I played in the first year of the Saturday music classes youth orchestra," he recalled yesterday.

"I think children find music a good way of expressing themselves emotionally. It's great for them to do something that their parents and fellow students can appreciate."

Norton (55) has composed a five-minute tribute piece, Octagon Overture. which will have its world premiere in the Dunedin Town Hall tomorrow.

"It's an extroverted, bright and breezy piece. It will be a good piece for Dunedin, I hope."

Norton started composing at the age of 14 and within two years had his first orchestral work performed by the Dunedin Civic Orchestra.

He later completed an honours degree in music at the University of Otago, before winning a scholarship to London, where he is established as a composer, producer, arranger and educationalist.

He now lectures around the world and is recognised for his colourful integration of traditional teaching methods and modern technology.

The highlight of the weekend will be the annual demonstration concert in the Dunedin Town Hall at 3pm tomorrow, featuring more than 600 musicians and compered by Dunedin Mayor Peter Chin.