Another senior manager has resigned from the Southern District Health Board. 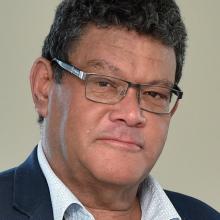 It is understood he has accepted a position elsewhere in New Zealand and outside the health sector.

Mr Taurua had also been serving as the SDHB’s acting executive director of mental health, addictions and intellectual disability services.

‘‘Gilbert has been an outstanding contributor to Maori health, the DHB at large, and the WellSouth Primary Health Network.’’

‘‘We will commence a process to appoint a new chief Maori health, strategy and improvement officer once we have completed consultation with our iwi governance committee,’’ Mr Fleming said.

The Government is in the process of restructuring governance of the entire health sector, work which will include the disestablishment this year of the 20 district health boards.