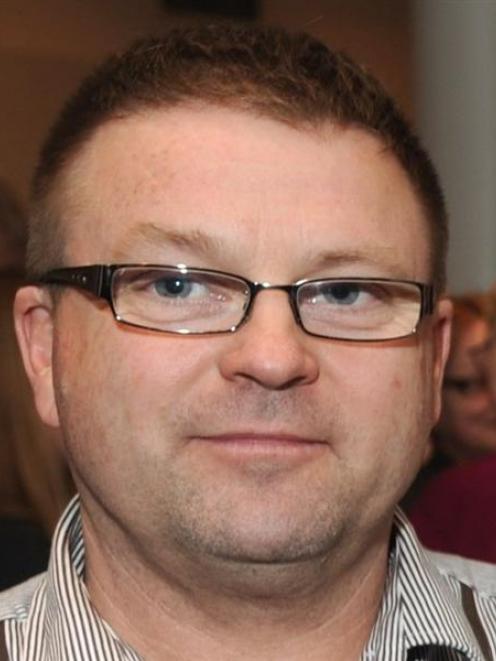 Howard Alchin
The subdivision of a 4ha slice of rural Strath-Taieri for commercial residential activity has been approved by the Dunedin City Council, despite planners' concerns it will set an undesirable precedent.

The Pukerangi homestead has been operating as a bed and breakfast on Reefs Rd for four years, but now the owners of the farm it sits on, Star Holdings Ltd, want to separate the homestead and its grounds and sell it, so they can concentrate on their farm.

The consent hearings committee, comprising Crs Colin Weatherall (chairman), Kate Wilson, Andrew Noone, and Strath Taieri Community Board member Joan Wilson, this week released its decision in favour of the subdivision and increasing the size of the possible bed and breakfast operation from eight to 13 beds, by using an attached bunkhouse.

Council planner, processing, Howard Alchin said the main concerns that led him to object to the proposal were the fragmentation of rural land resulting from the creation of an undersized site, possible non-compliance with the district plan and the management of the commercial residential activity from a remote location.

He said it could create the potential for development of a new dwelling on the site, and create ''an island of development'' in a rural zone.

For the landowner, various representatives told the committee at a hearing in November that the site was at one end of a 10km-long farm and was no longer useful to the farm, either in terms of being productive land or as staff accommodation, because of its location.

The rest of the land on the farm would be amalgamated with a neighbouring farm and it would be more practical and sensible to separate the pastoral and domestic land, which was surplus to requirements, and which they intended to sell sooner rather than later, they said.

The bed and breakfast would be run remotely until a sale was made, and it was likely independent ownership could provide for better management and maintenance of the refurbished homestead.

The committee said despite the planners' concerns, it considered the proposal was a ''true exception'' to the rules.

While the circumstances concerning the history of the existing buildings on the site and context within the larger land holding were considered to be unusual, the committee was satisfied the isolated location and physical character of Pukerangi, the established form of the development, the physical separation of the site from the present farm's manager's residence and centre of farm operations, and the rarity of comparable situations meant it was unlikely the subdivision and land use proposed would engender other similar applications for resource consent, Cr Weatherall said in a letter to the applicants on behalf of the committee.

The committee found there were already operations existing in the Strath Taieri where surplus houses on farms that had been amalgamated were being used for commercial accommodation, and it considered it a sustainable use of properties generally, but noted in this case the ''exceptionally high standard'' of work undertaken to preserve the heritage building and give it a purpose in a rural setting.

The committee found the proposal would have minimal adverse effects, with a potential for positive effects because of its location at the Pukerangi railhead, and the substantial tourism potential of the site with the nearby rail and gold trails.

Also, subdivision would not result in any change to the amenity and physical character of the site, it said.

The site was clearly no longer used for farming and requiring it to be 15ha, as per a suggestion from the planner, would be a waste of a productive 11ha.

The site was very different from possible sites of similar size on the Taieri Plain, where closer subdivision had been an issue. The committee noted the heritage values of the city were not limited to the urban areas, and the tourism importance of the site meant it was important to retain the vistas at the Pukerangi railhead.

Although the subdivision proposal did not comply with district plan rules, it was not ''repugnant'' to the policy direction of relevant plans, and the committee was satisfied it did not represent or promote rural fragmentation, or promote unproductive usage of rural zoned land.

''To the contrary, the committee was of a view that the commercial residential use of this premises had added substantially to a remote, but highly visited area, and the quality of the operation made it quite exceptional.''