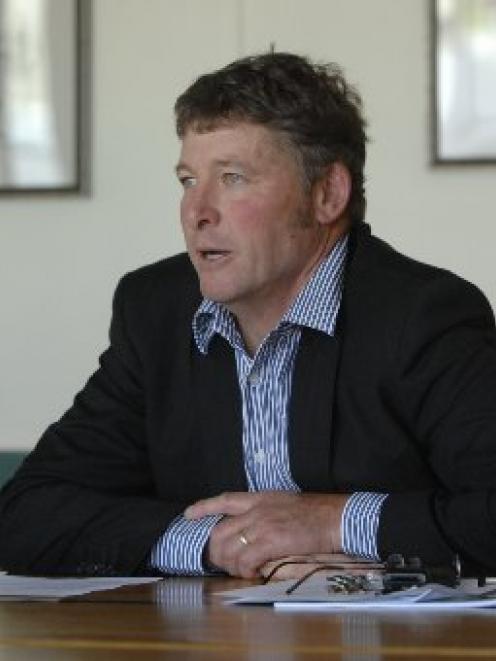 Cr Andrew Noone. Photo by Linda Robertson
Dunedin may be facing a $1 billion bill to maintain existing water services over the next 50 years, but no-one should panic.

It also included the estimated cost of replacing more than 50% of the city's existing water network, which was expected to reach the end of its operational life by 2060.

That was expected to cost an estimated $820 million over 50 years, rising to $1 billion when the anticipated cost of new water treatment infrastructure was included, it said.

However, committee chairman Cr Andrew Noone stressed the document was more than just a budgeting exercise, and was "not all doom and gloom".

He said he was "quite excited" by the document, which was the first of its kind in New Zealand in planning for the next 50 years of water infrastructure needs.

Cr Noone also stressed most of Dunedin's water network "still functions well" regardless of some problems.

That was despite parts of the network being between 100 and 150 years old, councillors were told.

Council 3 Waters asset planning manager Laura McElhone stressed the document took a 50-year view and "it needs to be seen in that context".

Council staff had more work to do to obtain the most accurate understanding of the condition of the city's water network, she said.

Councillors were also only being asked to approve the document's broad priorities, with the first budgets for work not expected until next year's annual plan hearings, she said.

Others would be many years away.

Cr Fliss Butcher reiterated her concern at the costs.

However, Cr Michael Guest said there was "no need to panic on this", while Cr John Bezett praised the "excellent" document.

He said long-term cost estimates would be similar for other departments with valuable assets.

The only concern was that "insufficient" renewals spending would have to rise to pay for replacing parts of the network, but "it's not something we should be overly concerned about", he said.

"Of course, it's a lot of money, but so are the upgrades to all our assets."

The estimated cost would be met by a mix of new and existing spending, but the council's renewals spending would have to rise from $7.5 million this year to $25 million in the short-to-medium term, the document said.

Councillors voted to accept the report as a guide for the development of detailed work programmes and financial plans, subject to separate approval.