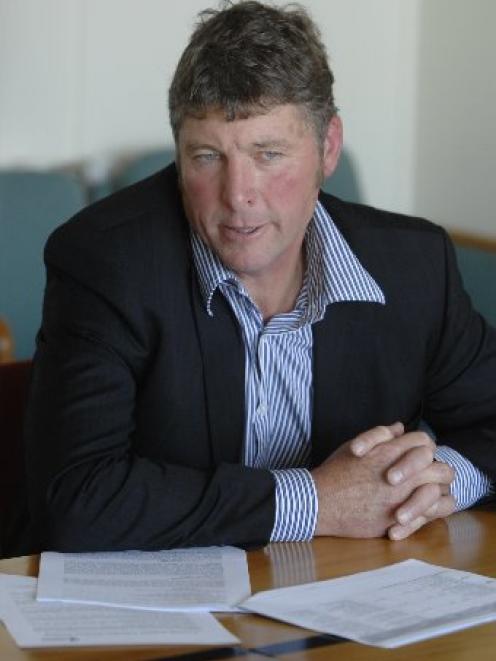 Andrew Noone.
There appears to be support among Dunedin's city councillors to try for a substantial reduction in forecast rates at today's annual plan meeting.

Councillors at yesterday's private annual plan workshop took part in an anonymous poll, writing down what they considered an "acceptable" rates increase for each of the next three financial years, the Otago Daily Times understands.

That was well below the increases forecast in the pre-draft plan, to be debated by councillors in public today, of 7.3%, 10.9% and 6.6% over the same period.

However, further cuts would depend on councillors agreeing to projects that could be deferred or cancelled, or cuts to other expenditure.

Cr Andrew Noone said when contacted councillors appeared focused on minimising rates increases over the next three years, although not by cutting one particular project.

"There's a general consensus we need to make a genuine attempt to reduce the impact of rates," he said.

That was when the cost of major capital projects, such as the Forsyth Barr Stadium, Dunedin Centre and Tahuna secondary treatment upgrade, would be felt most keenly by ratepayers.

Cr Noone believed there was "probably not a great deal" of scope to reduce forecast rates increases, with contracts, increasing operational and staff costs and other expenses "locked in".

Cr Dave Cull was more optimistic, saying there were "a few suggestions thrown up" by councillors yesterday that could help cut forecast rates increases.

He declined to detail the suggestions before today's meeting, but said the aim was to flatten the rates "bump" forecast over the next three years.

"It just remains to be seen how much of that is taken on board," he said.

That meant councillors would be more informed, with a more focused debate likely today, he believed.

The focus of today's meeting should be on achieving "value for money" for ratepayers, possibly by changes to "Rolls Royce" service levels in some areas, he said.

"There are a whole lot of areas there I think need to be looked at," he said.