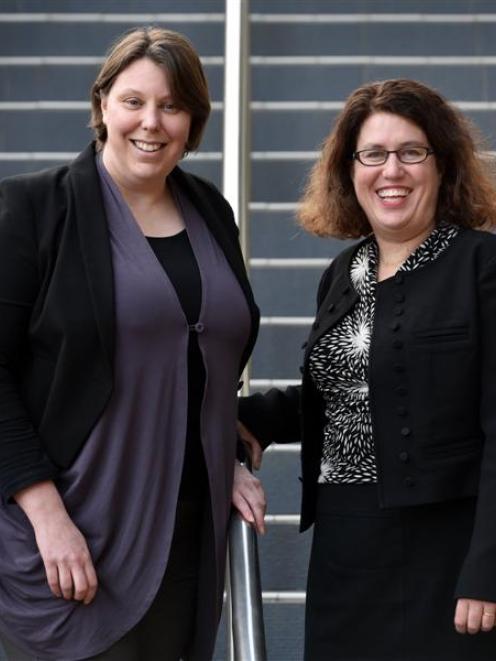 The council has appointed Kristy Rusher, a former Queenstown Lakes District Council in house lawyer, as its new civic and legal manager.

Her role would include legal services, oversight of the council's team of governance support officers and the organisation's response to official information requests.

Ms Rusher has been joined at the council by Karilyn Canton, from the University of Otago's law faculty, who had a background in private practice and as an in house lawyer for the Christchurch City Council.

Ms Rusher said she was excited by the challenge of a role that ''changes from day to day''.

Complaints and criticism aimed at the council would be ''part of the job'', but she hoped her role could help solve problems and improve public perceptions.

The lawyers would be used instead of external law firms in some cases, helping cut an annual bill for legal consultants that in 2013-14 topped $1 million.

But the in house lawyers would also be used to advise staff in areas where they might not have received legal advice in the past, and at an earlier stage than might otherwise be the case, Ms Graham said.

That would help avoid future mistakes by giving ''an extra layer of certainty'', she said.

''It gives us an opportunity pretty early on in a process to identify if we're going to have legal issues that we need to take into account.

''It's quality improvement, and it's about risk management, as well.''

Ms Graham would not disclose details of the lawyers' remuneration packages, but said their positions would be funded from departmental budgets formerly intended for for external legal services.

''I'm pretty sure that we will save costs, but ... it's not just about costs. It's about getting better value.''

The move to an in house legal team would not mean a more litigious approach to disputes involving the council and outside parties, she said.

''My sense is we will be less litigious ... we're less likely to get into situations that require litigation and confrontation, because we'll have ... things sorted up front.''

It was a change that could also benefit other southern ratepayers, as the DCC was considering offering its lawyers as a shared service to neighbouring councils facing common issues, Ms Graham said.

The details of such a move were still being considered, including how to charge for any services and the insurance and liability issues that would come with it, she said.

''We're just investigating that at the moment. It looks like an opportunity to help some of our other counterparts, without duplicating effort and work.''