Ecologist Prof Sir Alan Mark and Patricia, Lady Mark have given $250,000 to the University of Otago Ecology Fund and the Orokonui Ecosanctuary.

Sir Alan (88) and Lady Mark, who were thanked at a function in their honour at the university yesterday, met while studying botany and zoology at Otago in 1950.

They both grew up in Dunedin, came from working class families and were the first of each family to attend university, Sir Alan said.

Their $150,000 gift to the university Ecology Fund was intended to support both people from a disadvantaged background and ecology study at the university.

When he and his wife had studied at Otago, education at that stage was "basically free to those who put the effort in".

Today it was a different story and those who were disadvantaged or without substantial financial means had a much more difficult job getting to university, "so we have put some money into education for those of the disadvantaged group", he said. 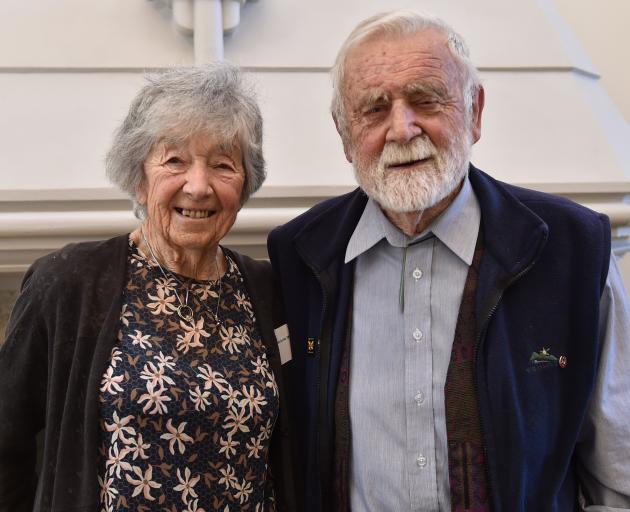 He had "got so much out of the university through ecology", and felt that putting some funding into ecological projects was a worthwhile investment for the future.”

Sir Alan and Lady Mark say they decided to give the money now rather than leave it as part of an estate, in the hope that it would encourage others to do the same.

Orokonui was making the effort to re-establish and maintain indigenous biodiversity and ecosystems, he said.

Prof Colin Campbell-Hunt , chairman of the Otago Natural History Trust, the governing body of the Orokonui Ecosanctuary, said Sir Alan and Lady Mark had "devoted much of their lives to defending the country’s threatened ecology from the predations of introduced species, humans included"

"Orokonui thanks you. New Zealand thanks you,” he said.

Sir Alan was fearful of the sort of environment that would be left to his grandchildren and supported the Extinction Rebellion organisation and the school pupils’ march for climate action as important methods of demonstrating concern, he said.