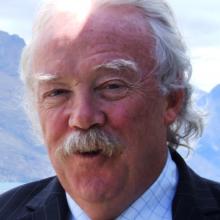 Kevin Phillips
Dunedin criminals might be breathing a temporary sigh of relief — Judge Kevin Phillips is doing his final stretch.

But it will not be enough to  cause  Judge Phillips hang up his robes.

He  will join a group of part-time acting-warranted judges who  roam the country filling judicial gaps where and when required.

Judge Phillips, known for his insatiable appetite for work and his straight-talking approach with those in the dock, will spend an additional two years on the bench in the role.

The Office of the Chief District Court Judge confirmed his last sitting would be  in the week before Christmas.

However, the Otago Daily Times understands Judge Phillips will spend a large portion of the ensuing period using the leave he has accrued.

The office also confirmed whispers among the city’s legal community that Judge Phillips will be replaced by Judge Emma Smith, who sits in Christchurch at present. 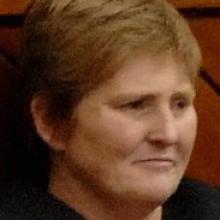 Emma Smith
It will be a homecoming of sorts for Judge Smith, who began her career on the bench in Dunedin in 2004 before heading north in 2010.

She will sit in the Family Court and has a warrant to oversee jury trials in the criminal jurisdiction, too.

Judge Phillips has spent five years in Dunedin.  Before that he sat at the Invercargill District Court for eight years.

He started his legal career in 1972 in Gore, where he spent 14 years, before moving to Queenstown where he practised for a further 21 years.