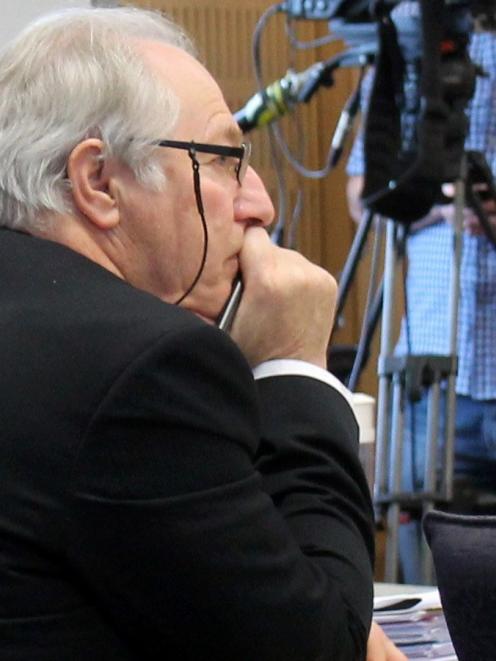 Simon Nicholas Claver. Photo: Allied Press
A Dunedin lawyer banned from practising for a year has backtracked on a scathing assessment of the New Zealand Law Society (NZLS).

The judge considered striking him off but decided that would be a ''disproportionate response to the failings of a poorly trained, muddled, overworked and depressed practitioner''.

While grateful to remain part of the profession, Mr Claver initially took aim at the NZLS' claims it cared about the wellbeing of practitioners.

Since making that comment though, Mr Claver told the Otago Daily Times he had spoken to someone at the top end of the Law Society who had informed him about a new initiative.

A spokesman confirmed it was ''accelerating the trialling of a new free and confidential counselling service that will be available to all lawyers''.

NZLS was in the process of finalising the contract with the chosen provider, he said.

Mr Claver wanted to publicly apologise for his response.

''I was angry but I'm concerned I did blame them for something they are trying to fix,'' he said.

He stood by his other comments which included that many who were part of the NZLS were only ''interested in getting their arse on the High Court bench''.

In Judge Clarkson's written judgement on Mr Claver's case, she highlighted the slew of errors he made, most of which stemmed from the lawyer taking on too much work in a bid to repay a crippling bank debt.

On regular occasions in 2015 and 2016 Mr Claver failed to appear in court to represent his clients.

After one such occasion, he made the blunder of writing an apology letter directly to Judge Bernadette Farnan, addressed to the Invercargill District Court, which was a significant protocol breach.

Despite the setback, he was determined to use the enforced hiatus to refine his legal skills.

Mr Claver said he had come up with a flow chart to guide practising criminal lawyers, which had taken the interest of a software company.

While it was in the embryonic phase, he was ''really excited'' about working on the project.