A Covid-19 patient has been confirmed as being in critical condition in Dunedin Hospital.

In a statement this evening the Southern District Health Board said there were currently two patients with the illness in southern hospitals - one in Dunedin, who was in critical but stable condition, the other in Lakes District Hospital. That person was in a stable condition.

The news comes on a day when the number of Covid-19 cases in the SDHB area climbed by eight, reaching a total of 195.

Five of the new cases are in Queenstown, two in Dunedin and one in Central Otago.

There are 12 people in hospital across the country, including four in ICU, two in a critical condition. 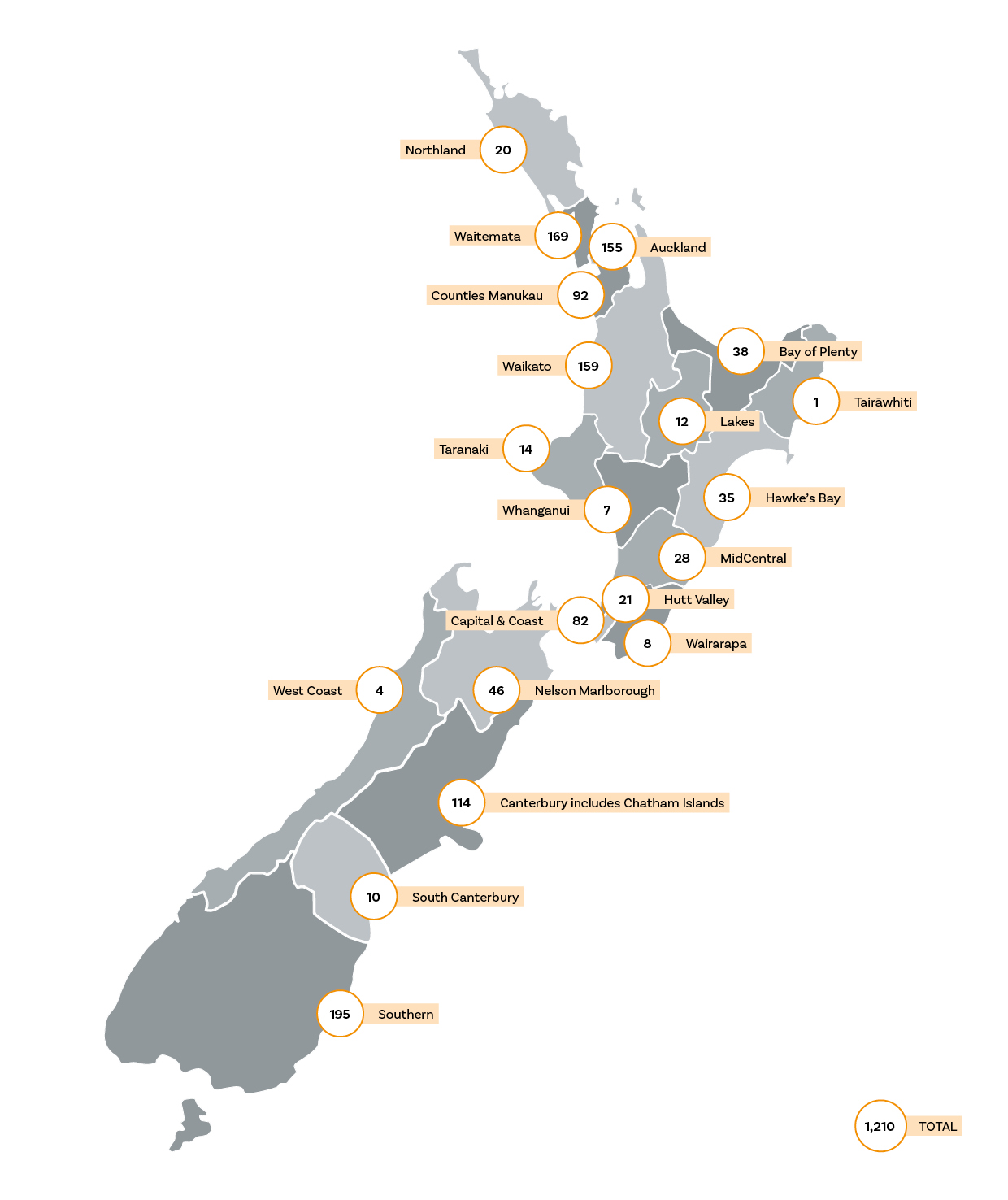 Dr Bloomfield said despite 11 staff at Southland Hospital having to self-isolate after being exposed to a patient with Covid-19 he was not concerned about staffing levels at that hospital.

"I know that the Southern DHB will be looking at if they need to provide other staff from Dunedin to support them at the moment."

The number of cases linked to the Bluff wedding cluster climbed by eight and is now linked to 81 cases, behind only Auckland's Marist College cluster which has 84.

Not all the people who have tested positive linked to the Bluff cluster have been in the South, with people travelling to the wedding from across New Zealand.

Of the new cases, eight were in the South, bringing the total from 187 yesterday to 195 today.

Queenstown has the highest number (73), followed by Dunedin (48) and Invercargill (40).

The SDHB continues to have the most cases nationally, but the largest rises were in Canterbury, which had 15 new cases, followed by Waitemata, with 9 new cases, with SDHB having the third largest rise.

Of the cases in the SDHB area 177 are confirmed cases and 18 probable.