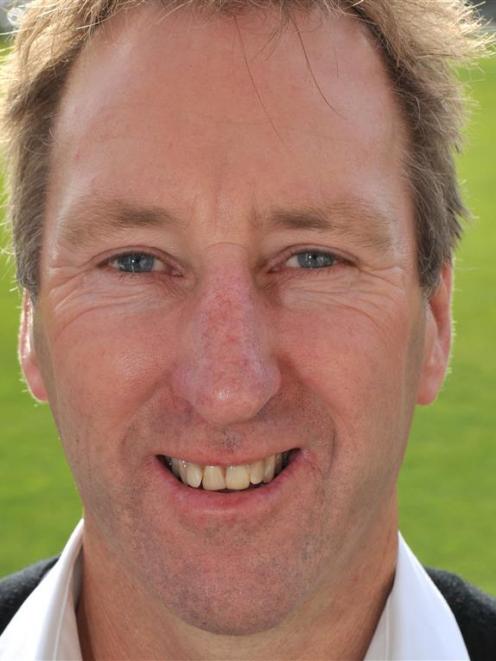 Mike Coggan
The University Oval will stay in the dark - for now.

Spiralling costs and the inability to host international day-night tests has forced the Otago Cricket Association (OCA) to put its project to light up the University Oval on hold indefinitely.

In April, the OCA launched a plan to install floodlights at the venue, gaining $1million financial support from the Dunedin City Council.

Problems started to surface with the $2 million project late last year when the OCA became aware the cost of expanding the embankments, necessary for lifting the ground capacity to New Zealand Cricket's minimum requirement of 6000, would be $700,000, up from an initial estimate of $300,000.

It became apparent, after consultation with the national body, the venue would not be considered for day-night tests.

‘‘We went back and had a good discussion with NZC about future allocation of international fixtures,'' OCA chief executive Mike Coggan said.

‘‘It became difficult to understand how we were going to be able to fulfil the demand that these lights were supposed to service.''

Once NZC realised the complexities of hosting day-night test matches, ‘‘it became obvious they could only be at one of two venues in New Zealand''.

And that would be Westpac Stadium, Wellington, or Eden Park, Auckland, Mr Coggan said.

The project may have ground to a halt anyway.

The city council was not able to provide the OCA with the funding until it had reached a commercial agreement with NZC.

NZC wanted to negotiate a sharper deal on venue costs, but the DCC's financial contribution to the project meant NZC was ‘‘not in a position to reduce its venue charges''.

‘‘That becomes quite an important motivating factor to NZC when it looks at the bid process for the next two years, and looking at where it is going to play its cricket, because it does not want to continue making losses on running international cricket fixtures.

‘‘There was a whole host of challenges that we faced.

‘‘And on top of that, to complete the embankment project, we would have then been left with around $500,000-plus shortfall to do the lights,'' Mr Coggan said.

‘‘So, while it was quite complex, at the same time it became quite obvious ... that the sort of games we would be able to bid for would be the same with or without lights.''

The OCA would shift its focus to the embankment portion of the project, which was awaiting consent, Mr Coggan said.

If the embankments were approved, the OCA might still apply for consent to install lights, ‘‘because we would basically have five years to ... build those lights''.

‘‘We are going to let that process run and see what transpires.

‘‘But without 6000 capacity, we are not in a position to bid for meaningful international cricket through to 2018, so that is a real genuine priority.''