A man who beat his friend to death with a cricket bat and dumped his body out of town has avoided a sentence of life imprisonment without parole.

The murder of 45-year-old Brent Andrew Bacon on February 4, 2019 represented John Kenneth Collins’ second strike under the three-strikes legislation (his first came for indecent assault in 2016) but Justice Jan-Marie Doogue, before the High Court at Dunedin today ruled a whole-of-life term would be grossly disproportionate.

The 39-year-old was jailed for life with a minimum non-parole period of 17 years. 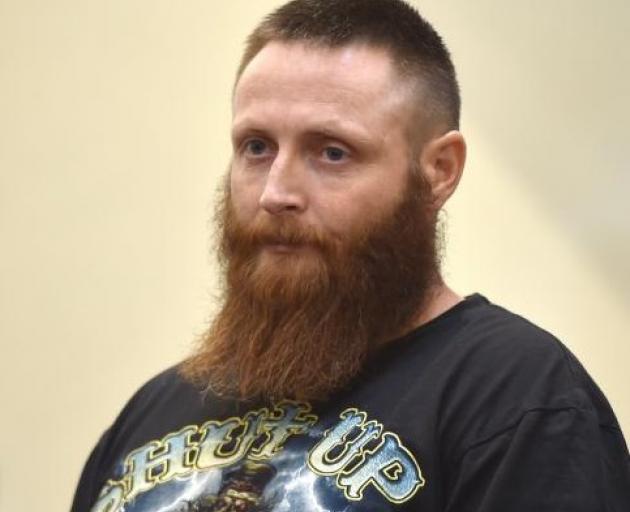 Justice Doogue said the murder was "brutal" and the decision to dispose of the body on a back road represented a "continuing course of callous conduct".

In March, a jury took less than an hour to return a unanimous verdict on the murder charge, after Collins had pleaded guilty to unlawfully taking the victim’s vehicle and interfering with human remains.

The judge said Collins "stole the rest of [Mr Bacon’s] life from him" and betrayed the victim’s family who had tried to support the defendant and his wife.

"They all have holes in their heart that will never be mended," she said.

Mr Bacon’s sister – his only sibling - Lia Bezett spoke the pain of her loss.

"I’m tormented daily by what you did; the terror and pain Brent would’ve experienced at your hands," she said.

Mr Bacon’s upbeat attitude was both a blessing and a curse.

"He saw the best in everyone and disregarded their shadows and their past," she said.

"He cared about you, you were his friend and he stood by you when you were down. You failed him, you failed your children, his children, your family, our family and our community."

She said the sentencing would never heal the family’s wounds, nor would it stop such senseless crimes happening in future.

"My family will never get over this but we will get through it," Ms Bezett said.

“While we as a family certainly feel better with him being locked away this sentence does not address the insidious and catastrophic impact that drug abuse, child abuse, sexual abuse and trauma is having on our families, community and society as a whole,” she said.

“The sentence doesn’t address the reason this crime occurred, that includes the strong relationship between homicide and social and economic deprivation.”

Those who would be most tragically affected by John Collins’ crime, Ms Bezett said, would be eight children – Mr Bacon’s three and his killer’s five.

“It’s beyond heartbreaking that [Collins] has taken away the chance of Brent’s children ever hugging their father again.”

Ms Bezett thanked all who had supported them in the aftermath and said the nation should be proud of the expertise of those who formed part of the justice system.

Mr Bacon would be remembered for his loyalty, kindness, generosity, compassion and loving nature, she said.

“We miss you every day Brent and I truly hope you are catching some mean waves in heaven.”

The defendant and his 32-year-old wife Aleisha Dawson, who admitted being an accessory to the murder, moved to a state-housing unit in Lock St, St Clair in November 2018 and soon reconnected with the victim having spent time with him while they lived in Christchurch.

Within a few months, however, there was a fall-out.

Collins, who opted to give evidence, claimed the victim had become paranoid about someone following him over a drug debt and then Mr Bacon attacked him wielding a pair of scissors.

But his story was systematically broken down in cross-examination and the jury clearly rejected the claims of self-defence.

While the defendant said he hit the victim a maximum of four times, Crown prosecutor Richard Smith said the unprovoked beating was probably much more extensive, the evidence indicative of a "persistent and determined assault".

Pathologist Dr Charles Glenn who found a large portion of the victim's skull missing during an autopsy and said it would have required "tremendous force" to cause the damage, similar to that seen in plane crashes and gunshot deaths.

"There is overwhelming evidence you attacked Mr Bacon with at least three extremely forceful blows to the head," said Justice Doogue.

"Such was the force of your blows, Mr Bacon’s blood hit the ceiling."

Defence counsel Len Andersen QC said his client "clearly lost control" but he argued there was no premeditation involved.

"It’s something he really can’t explain," he said.

At Lock St, there was forensic evidence of the ferocity of the attack.

Witnesses detailed the blood spatter on the walls, roof and furniture and the court heard the murder weapon was found in two pieces inside a rubbish bag in the kitchen.

The evidence suggested Mr Bacon was hit in the head while he was sitting on or near a couch and ended up on the floor.

Collins continued to rain down blows on him and fractures to the victim’s hands showed he was likely trying to protect himself from the onslaught.

Mr Smith said the removal of the victim’s body was a conscious effort to hide the most incriminating evidence of the murder and involved a "high level of brutality and callousness".

The couple were eventually arrested in Rotorua and interviewed.

Through that process, Mr Smith said, Collins was "detached and alarmingly cool" about what he has done.

Dawson was jailed for two years three months and is eligible for parole this month.