Brent Bacon's body was found in rural Seacliff on February 18, 2019. Photo: Supplied
A cricket bat used to beat a Dunedin man to death was found by police split into two pieces, covered in blood, a court has heard.

The weapon had been stashed inside a bin bag inside the St Clair flat where 45-year-old Brent Andrew Bacon was killed on February 4, 2019.

John Kenneth Collins pleaded not guilty to murder before High Court at Dunedin at the beginning of his trial yesterday.

He did, however, admit charges of interfering with a body and unlawfully taking the victim's vehicle.

Defence counsel Len Andersen QC accepted in his opening address to the jury of six men and six women that his client had killed Mr Bacon.

But there was no murderous intent in his actions as he was defending himself, he said.

Collins, and his partner 32-year-old Aleisha Dawson, bundled the victim's body into a blue sleeping bag and dumped it under a tree beside a rural road off State Highway 1 north of Dunedin.

It was only found two weeks after the alleged murder, and just hours after the bloody scene at 47 Lock St was discovered.

Officer in charge of the scene Constable Todd Balogh said a large area of blood was immediately apparent on the floor of the lounge.

Closer inspection found what appeared to be fragments of bone, pieces of wood and “an item of human origin which had hair attached”, he told the court.

There were maggots present too, and nearby, Mr Bacon's bloodstained jandals.

In the kitchen of the state-housing unit, officers found a rubbish bag in which there was a yellow-handled cricket bat in two pieces. 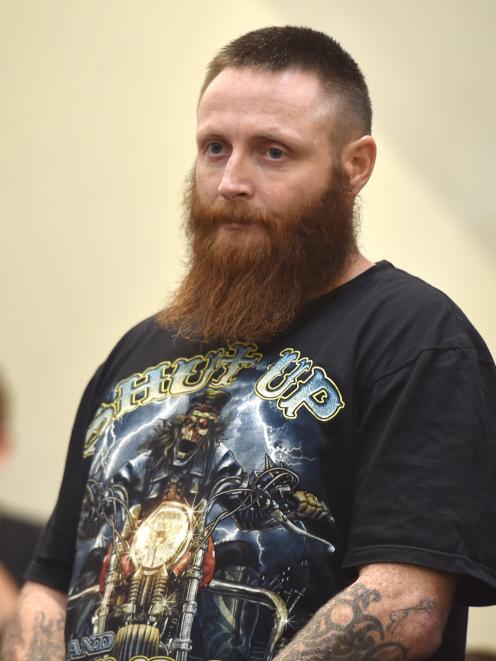 John Kenneth Collins. Photo: Gregor Richardson
The white bat was pictured heavily stained with blood and produced, in a sealed perspex box, as an exhibit in court this morning.

Forensic scientist Rosalyn Rough said there were blood markings on the ceiling, walls and furniture at the flat, photos of which were shown to the jury today.

The nature of the bloodstains, she told the jury, was indicative of at least three impacts.

She said one likely came when Mr Bacon was on a couch, one came near another couch and a third from in the middle of the living room.

The skin and bone fragments were evidence of significant damage to the victim's head, Ms Rough said, as was hair found on the dented bat.

Wipe marks on a wall suggested an attempted clean-up, the jury heard.

In the Crown's opening, prosecutor Pip Norman said that appeared to have been hastily abandoned as a “futile endeavour”.

A bottle of lavender disinfectant was photographed on the kitchen table of the unit, also with blood on it.

Yesterday the court heard Mr Bacon had moved to Dunedin to live with his sister and brother-in-law Lia and Sam Bezett, and had stayed with them for several months before his death.

The victim knew Collins and Dawson from when he lived in Christchurch, the court heard, used drugs with them and would often spend evenings at their Lock St home, where they resided from November 2018.

They were found by police on February 20 in a car park in Rotorua.

Collins told interviewers Mr Bacon had been paranoid on February 4 and “came at him”, fist raised and looking angry.

He described using the bat overarm “like swinging an axe” but said he did not intend to hit Mr Bacon.

However, the defendant said he hit him perhaps twice more before but could remember no more because he “blacked out”.

Mr Bacon suffered fractures to his skull and face, as well as broken bones in his hands which Ms Norman said were consistent with defensive injuries.

Dawson pleaded guilty and was earlier sentenced as an accessory to homicide. 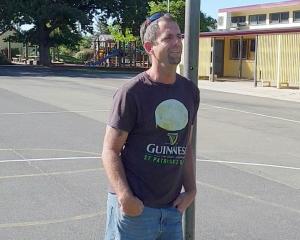 Mention of scissors in trial questioned

Murder-accused says victim had a 'look of evil' 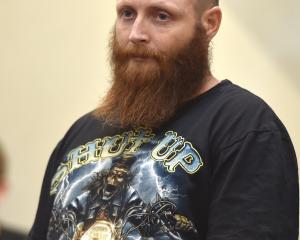 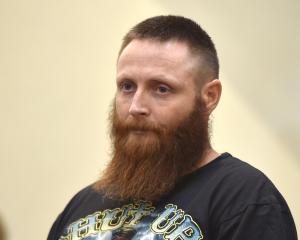 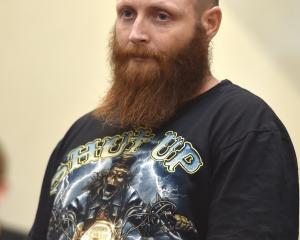