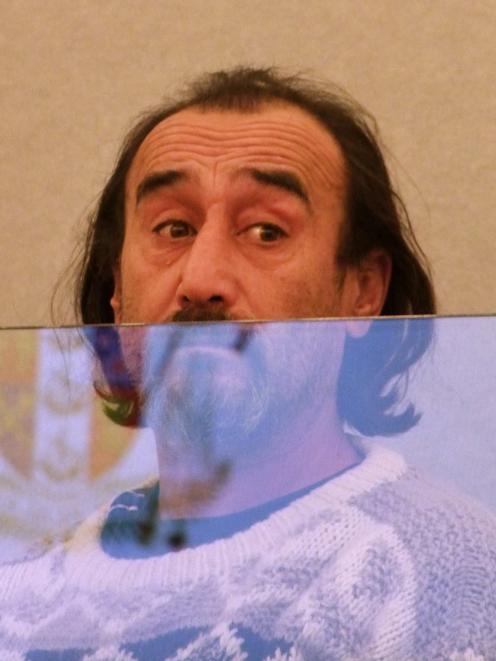 Whaiti Albert
Late-night diners at a Dunedin fast-food restaurant were served with an unwelcome side recently, a court has heard.

After 53-year-old Whaiti Albert entered McDonald’s in George St on July 9 he caused a ruckus which ended with him on the floor “shaking his genitals ... in an exaggerated manner”.

He appeared in the Dunedin District Court yesterday after pleading guilty to assault, disorderly behaviour, indecent exposure and misusing a telephone.

Judge David Robinson commended the defendant for his abstinence from alcohol over recent months and said the man who appeared in court was far different from the one who staggered in search of takeaway that night.

Albert was “heavily intoxicated” when he entered the restaurant, a police summary said, and went to embrace some customers he recognised.

When they shunned him he made his way to the counter, “dancing tauntingly”.

Because of his state, staff refused to serve Albert and he spat at the dividing barrier.

Grabbing a napkin dispenser with both hands, he threw it at a staff member, hitting her in the arms.

Albert then pushed the straw container at her, too.

He threw $40 across the counter then went to leave the restaurant, narrowly avoiding a violent confrontation with another customer.

Albert then fell to the ground and removed his pants and shoes to complete the obscene display.

When he got home, the erratic behaviour continued.

The court heard Albert called the police 13 times within half an hour and remained “aggressive and abusive”.

Counsel Liam Collins detailed his client’s concerted efforts to remove himself from bad influences, which included him leaving his city-centre accommodation.

His compliance with restrictive bail conditions had been “exceptional”, Mr Collins said, and he stressed Albert’s desire to change his life.

Judge Robinson said that resolve was mirrored in reports before the court and he was particularly impressed with the defendant’s effusive apologies made to victims at a restorative justice conference.

The judge acceded to the request not to impose a no-alcohol clause.

“Sometimes people need to find that out for themselves rather than having it forced on them,” he said.

“But every time you go to pick up that glass have a think back to that night at McDonald’s when you left your mana on the floor and ask where that drinking is potentially going to take you.”

It was not the first time Albert has been before the court for drunken semi-nudity.

He was sentenced to community detention and intensive supervision over a pants-down haka in the student sector in 2019.