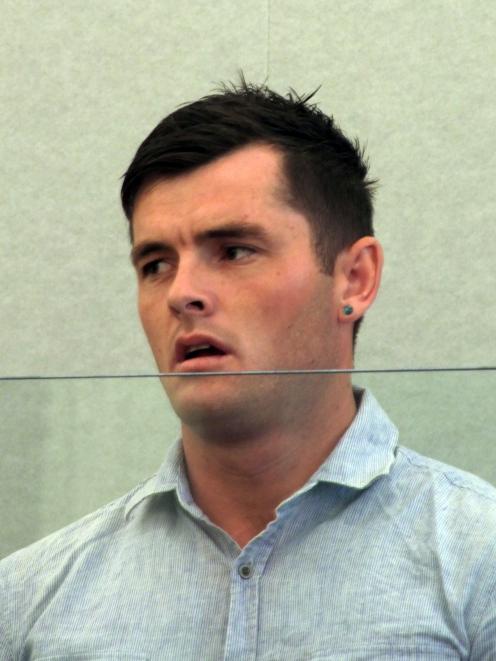 Damien Stevens (28) was sentenced to community work for his wayward driving and trying to cover it up. Photo: Rob Kidd
Facing a driving ban for wheel-spinning, a Mosgiel man committed “an act of utter stupidity”, a court has heard.

Rather than put his hand up to the wild driving, 28-year-old Damien Allen Stevens claimed it was a case of mistaken identity.

He had work timesheets to prove it.

A couple of calls by police, however, uncovered the truth.

Stevens had manipulated his workplace’s computer system to make it seem as though he was working on the Otago Peninsula on the evening of February 4 but it was all a ruse.

He eventually pleaded guilty to a charge of forgery – carrying a maximum prison term of three years – as well as operating a vehicle with a sustained loss of traction.

Yesterday, at the Dunedin District Court, Stevens was sentenced to 200 hours’ community work and banned from driving for seven months.

The defendant, the court heard, accelerated heavily into the road, fish-tailing for 150m leaving rubber along the way.

Defence counsel Ann Leonard said her client had just received some disturbing news about his family, which was directly relevant to his conduct.

Despite apologising to police for his behaviour, Stevens compounded his problems by trying to evade responsibility.

What happened next, the judge described as “an act of utter stupidity”.

Stevens falsified his timesheet at the drain-laying business where he worked to create the false alibi.

He passed the forged document on to police hoping they would withdraw the original charge.

Ms Leonard said her client had lost his job as a result and the apprenticeship that came with it.

Luckily for him, she told the court, another employer had taken him on and would support him while completing the sentence.

Stevens’ Holden ute was liable to be forfeited because of the offending but the court heard he had sold it for $10,000 to a friend.