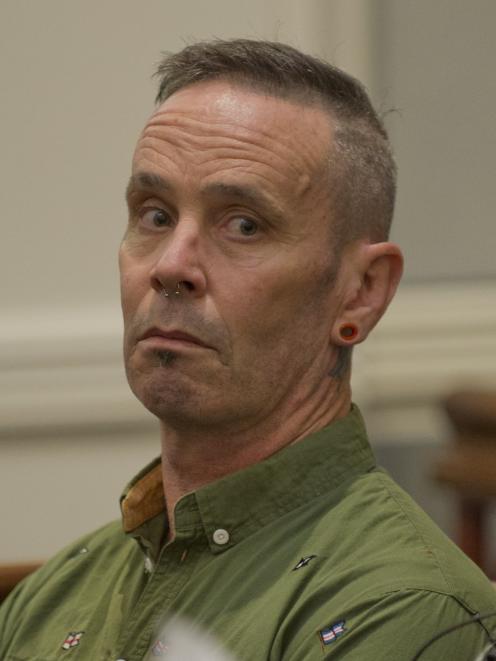 Reg Ozanne’s prison release conditions have now ended but he cannot own a pet until 2030. PHOTO: GERARD O’BRIEN
Horse-stabber Reg Ozanne has been cleared of any wrongdoing after he was found in a car with a dog.

The 52-year-old was sentenced to two and a-half years’ imprisonment after stabbing miniature horse Star 41 times in a Waitati paddock in 2019.

Ozanne was released from prison in August last year on a range of conditions, one of which banned him from ‘‘physical contact’’ with animals.

In April, shortly before those restrictions ended, he was pulled over by police and found with a friend who had a chihuahua on his lap.

Corrections was informed and Ozanne was charged with breaching his release conditions, an offence that could have meant he was returned to prison.

But last week the charge was withdrawn in the Dunedin District Court.

Ozanne said he had not touched the small dog in his car and it was accepted that it could not be proven to the contrary.

On the day in question, he said he had been asked to pick up a friend in Mosgiel and had not been told the man was bringing his dog.

Ozanne stressed that since his release from prison he had been repeatedly drug tested and had always returned clean samples.

He had done all the rehabilitative courses as directed, he said.

While Ozanne pleaded guilty to killing Star, he has always maintained he had no memory of the frenzied attack.

The Parole Board highlighted his ‘‘longstanding issue’’ with drugs but noted he had completed treatment while behind bars.

At sentencing in June 2020, Judge Michael Crosbie imposed a ban on Ozanne from owning pets for 10 years - the maximum period by law.