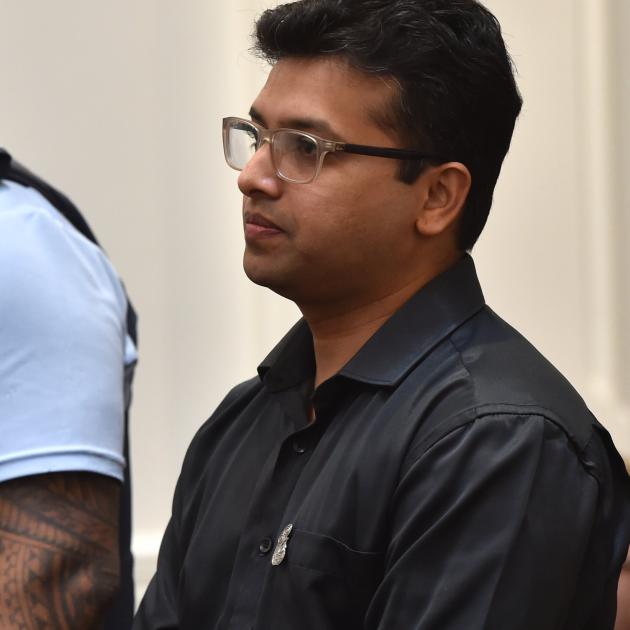 Preetam Prakash Maid (32) was yesterday found guilty of a charge under the Aviation Crimes Act at the Dunedin District Court after a jury returned a majority verdict following nearly a day and a half of deliberations.

The decision sparked emotional scenes in court with the defendant tears mirrored by weeping family members in the public gallery.

Judge Michael Crosbie thanked jurors for the diligent service yesterday and said, in his view, the evidence against Maid was “overwhelming”.

The former aviation security worker was remanded in custody overnight and his counsel Deborah Henderson applied for bail on his behalf this morning.

Discussions in court are statutorily suppressed, aside from the outcome.

Judge Crosbie allowed Maid bail ahead of sentencing, which will take place in January.

Conditions included a restriction from going within 100m of any airport and to report weekly to a police station.

The defendant had previously surrendered both New Zealand and Indian passports and the judge ordered him not to apply for any travel documents.

Maid had been vocal about his concerns over security at Dunedin Airport and the Crown case was that, two days after the Christchurch mosque shootings, he had the opportunity for maximum exposure.

While it was accepted the defendant may have had legitimate worries about health and safety at his workplace, Crown prosecutor Richard Smith said increased security would have likely meant more shifts and more money for the man.

Once the hoax bomb had been neutralised by Defence Force staff on March 17 last year, they found its contents - a Soda Stream bottle, cell phone, wires and bubble wrap - appeared to have come from a storage room inside the airport.

The handwriting on a note attached to it matched Maid's, according to a police expert.

The charge of leaving an imitation explosive device in a security-enhanced area of the airport carries a maximum penalty of five years' imprisonment.