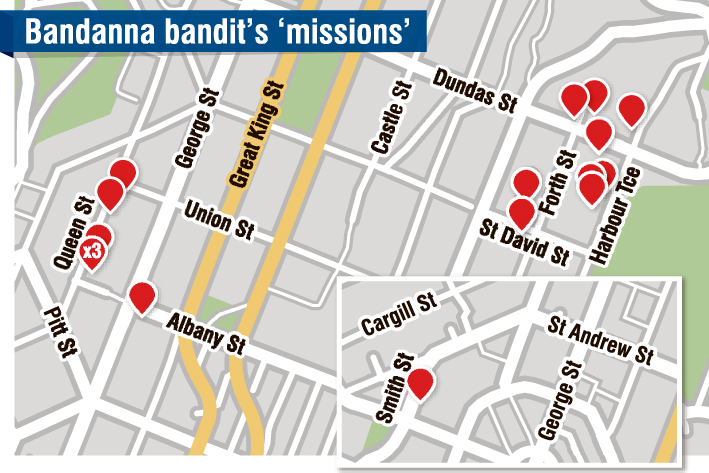 A Peeping Tom burglar will not lurk another day, but his identity may remain a secret.

During the 15 burglaries he staged, the man also cut holes in the curtains of seven female students’ homes, and was caught ogling twice.

A 32-year-old man appeared in the Dunedin District Court this week to be sentenced as the bandanna-masked man who targeted properties including 12 Dunedin student flats between July 2018 and November 2020.

While name suppression was originally declined by Judge David Robinson, an appeal has since been filed, which means the masked bandit will remain anonymous for now.

Whenever the defendant went on one of his 17 "missions" — as he described them to friends — his modus operandi was to wear dark, loose-fitting clothes and bandannas concealing his identity.

He would advertise stolen items on Facebook, either to unknown individuals under the fake profile "Samantha Peek", or to associates through his personal profile.

The court heard the defendant had suffered severe mental health and addiction issues most of his life.

The offending, counsel Alan de Jager said, was either to fund the defendant’s cannabis addiction or to buy presents for partners.

The defendant argued his actions were non-sexual.

"This is something I simply cannot accept," Judge David Robinson responded.

The defendant had also been caught sticking a cellphone through a bathroom window and trying to peep at someone in a towel.

Based on this evidence, Judge Robinson ruled that there was a "voyeuristic or fetish aspect" to the offending.

He agreed with Crown prosecutor Chris Bernhardt that the defendant had targeted the flats because they were student residences.

Students were, as the defendant had himself admitted in an interview, "more likely to leave doors unlocked and less likely to report lost keys".

The court heard how he would enter through unsecured windows or doors, hide things under a loose T-shirt, and try to find keys so he could return later.

"You were aware of and relied on the vulnerability of such properties."

The targeting of women "emphasised the vulnerability of female students living in that area".

Victim impact statements read by the judge highlighted the significant impact burglary had had on the students.

They reported feeling unsafe, vulnerable, and of feeling a heightened sense of anxiety.

Judge Robinson also reminded the defendant that the laptops he stole "could have represented the totality of their studies".

The man was sentenced to three years’ and two months’ imprisonment and order to pay $8000 in reparations. 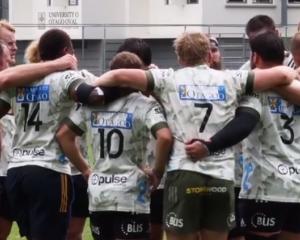