Sex with Skantha: 'I would not do that' 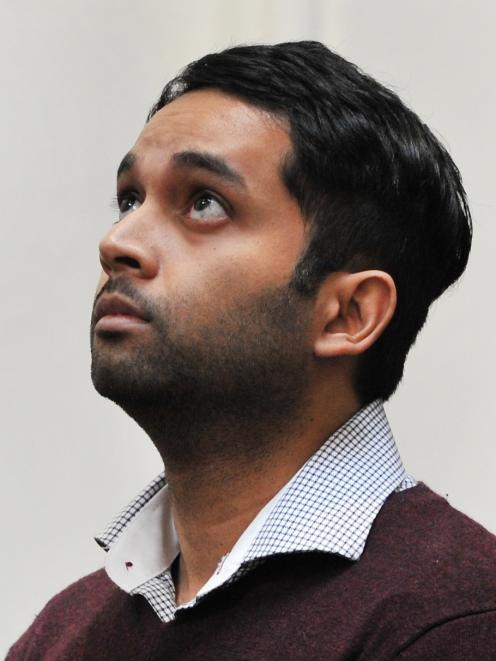 Venod Skantha.
A witness has told a court how a Dunedin doctor twice offered a teenage girl money for sex – just weeks before he allegedly murdered her.

Venod Skantha (32) is accused of fatally stabbing 16-year-old Amber-Rose Rush in the bedroom of her Corstorphine home on February 2 last year and has spent nearly three weeks on trial in the High Court at Dunedin.

The Crown says the defendant killed the teen because she had threatened to go to his hospital bosses with sexual allegations, which would have effectively ended his medical career.

A 16-year-old boy – whose name was suppressed because of his age – told the court Skantha first made an offer of $400 to have sex with Amber-Rose while they drove from her house to his.

Things, however, took a more serious turn at the defendant's Fairfield property.

The witness said within a few minutes of being back, Skantha increased his financial offer to have the victim sleep with him.

Skantha, he said, sounded serious though it was unclear whether the offer was legitimate.

“I thought of it as more: he's really adamant of having sex with her; the price not so much,” the boy told the jury.

Melissa Severins, who was dating Skantha's flatmate, recalled a party in 2017 when the defendant gave “some powdery stuff” to two women.

They snorted the substance, the witness said, and one of them soon passed out on the couch.

She conceded under cross-examination, she could not see exactly see what Skantha was doing with his hand because it happened under a blanket.

“He had his hand under the blanket, aimed towards her vagina and then said to everyone he's a doctor and knows what he's doing. Basically everyone could hear her moaning,” the woman said.

She said she then went to bed.

One of the teen girls who had been on the couch gave evidence that she remembered nothing about such an incident.

However, she told the court she and her friend had later ended up in Skantha's bed where he performed a sex act on her.

“[My friend] was beside me and at one point he tried to reach over to her to pull down her undies and I said 'just leave her' and he did,” the witness said.

Despite that, the woman, who was in her mid-40s, said she saw herself as a “mum figure” to the defendant and the people who visited his South Dunedin flat.

“I didn't get the drugs. I thought he didn't really need it because he was always drunk,” Tracey Severins said.

She said his reaction was extreme.

“Vinny was in the lounge drinking. I went out to make a coffee in the kitchen and he came towards me. He looked really quite angry, started pushing me and then he slammed me up against the wall,” the woman said.

“He just came right up to my face and said 'where's my effing drugs?'”

Tracey Severins said her daughter Melissa saw what was happening and intervened.

The younger woman allegedly “abused him and went mental” over what was happening.

“Go get my machete so I can slit this bitch's throat,” Skantha allegedly said.

The weapon was not used but both women said she had seen it brandished before.

“He did pull it out one night when I was there. It just freaked me out anyway, seeing it. He was quite proud of it,” Tracey Severins said.

Skantha, she said, “thought he was a ninja”.

Under cross-examination, Tracey Severins confirmed to Jonathan Eaton QC she thought the defendant was capable of using the weapon.

“He wanted to kill people,” she said.

She described how Skantha was always drinking and there were constantly social gatherings at the flat.

She told the jury she gradually pulled away from the relationship after the machete incident.

“As he drunk more and took more drugs, he became different. He was an arsehole,” she said.