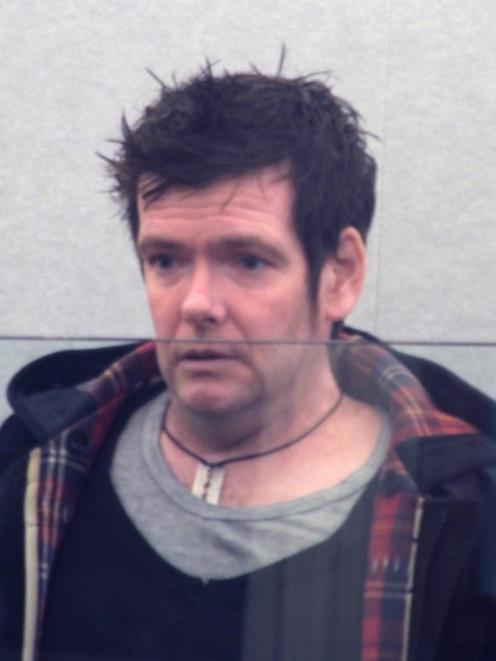 Leon Honey
A burglar who went on a dazzling crime spree, including swiping more than $20,000 of sunglasses, has been locked up.

Leon Honey (44) was jailed for two years, seven months when he appeared in the Dunedin District Court yesterday.

The drug addict was originally charged with three counts of burglary and a theft, following a spree on May 12.

When Honey was arrested on June 17, however, his erratic behaviour increased.

He was taken to Dunedin Hospital in handcuffs to be assessed and while awaiting test results complained of constipation.

Honey was allowed out of restraints but after 30 minutes in the toilet, officers knew something was wrong.

Inside, they discovered the defendant had removed ceiling panels, stood on the sink and pulled himself into the roof space, bending metal struts in the process.

Honey came down without a fight and told police he "needed some space".

He was brought before the Dunedin District Court, where counsel John Westgate successfully applied for bail.

"He was highly addicted to drugs," Mr Westgate said yesterday.

Within hours of being released, Honey went to Meridian Mall, where he bought a large plastic bag for 30 cents.

He wandered over to the Sunglass Hut and vaulted a gate to get inside the kiosk.

While ducking out of sight from passing shoppers, Honey broke into a drawer and loaded 80 pairs of sunglasses into his bag.

The next day, Honey said, he awoke surrounded by eyewear with no memory of how they came into his possession, because of his drug consumption.

Judge Kevin Phillips said, taking into account the earlier burglaries of student properties, the defendant was responsible for at least $40,000 of stolen items.

Ordering reparation would be "futile", he said.

The judge discussed a pile of victim impact statements, several of which spoke of students losing laptops which contained important work.

One dental student lost both his computer and $3000 of equipment, setting him back six months in his studies, the court heard.

Honey had a significant criminal history but these were his first convictions for burglary, Mr Westgate said.

It spoke to the man’s severe addiction at the time, he said.

Honey, Mr Westgate said, had got into a cycle of "stealing, selling, using [drugs]".

Judge Phillips said he was "extremely sad" for the victims.