433 have their say on bylaw 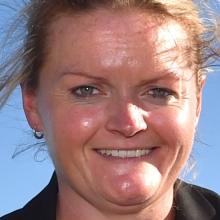 Jendi Paterson.
The Dunedin City Council has been inundated with hundreds of submissions over proposed new rules for the city’s reserves and beaches.

The council last month unveiled proposed changes to its Reserves Bylaw, which would be extended to cover beaches and introduce new restrictions for horses, drones and vehicles at both.

Council recreation planning and facilities manager Jendi Paterson told the Otago Daily Times the council received 433 submissions on the revised bylaw, including from 80 people who wanted  to speak in person.

The hearing was set for March 14, 15 and 21, although the final day was expected to be used for deliberations by the panel hearing submissions, she said.

Ms Paterson said she was pleased by the level of public engagement.

"We’re hoping it will be a hearing where we can hear pragmatic thoughts and work towards finding solutions that will work for the people that use these spaces.

"We don’t want to impose a bylaw just to be a restrictive thing. It needs to be a bylaw that allows people to enjoy our recreational spaces."

Her comments came after the proposed changes prompted an outcry from horse riders and trainers, but support from wildlife advocates worried about threats from drones and vehicles on beaches.

Horse riders worried the changes, including restricting horses to above the high-water mark, would keep them off city beaches’ flat, wet sand closer to the surf.

The risk of injury in softer sand further up the beach meant they would, in effect, be forced off beaches altogether.

It later emerged the Otago Regional Council had jurisdiction for the area below the high water mark, and had no plans to evict horses or their riders from the beach, while DCC staff later clarified their focus was on protecting sand dunes, not removing horses from beaches.

Of those who submitted on the issue of horses on beaches, 78 people supported the new approach while 216 opposed it, she said.

The changes included a ban on  drones around  sensitive wildlife locations, while permits were required for flights at other beaches and reserves.

Vehicles would  be banned from some beaches and reserves and face new access restrictions,  and  a 20kmh speed limit, at others.

Ms Paterson said some submitters supported the tougher rules for drones, citing concerns about privacy, but drone pilots worried about the permit system.

As a result, the council could consider a middle ground, as had been tried in Christchurch, where drones of less than 1.5kg did not require a permit.

"We just need to find that balance," she said.

Whatever the outcome, a public education campaign would follow so people understood the new rules, she said.

Come on DCC the article says 'she was pleased by the level of public engagement.' Hello knock knock is there anybody at the council that has any worldly experiences maybe if the DCC thought about things with just a little bit of common dog just a little bit not much, then the city would be a better place and would not waste time and resources. May be Lee Vandervis could be the DCC's common sense or even better the Mayor.

Drones how about asking the Government to draft the laws and guide lines - why because we are not a country with different states like Australia, we are New Zealand. All these different laws make it hard to understand and confusing. Just like the DCC trying to re invent Crossings that don't meet NZTA policy and trying to change the Sale of alcohol in North Dunedin, IMO totally pathetic at currently sums up the DCC and the Mayor a waste of space.