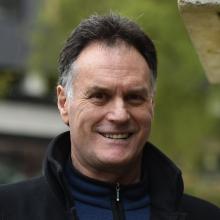 Jules Radich
Spending on nice-to-haves may be constrained while the Dunedin City Council sharpens its focus on planning for pipes.

The council looks set to boost Three Waters operational spending by $8.8 million over two years to employ about 15 more people to prepare for stricter water regulations, as well as fostering a smooth transition if the network is taken over by a new entity in 2024.

Councillors at yesterday’s infrastructure services committee meeting, except for Lee Vandervis, agreed the money needed to be found, because robust investment planning was required in any scenario.

The main issue then became where the money should come from — through debt or by reducing the size of a slice of funding the council will receive from the Government.

Cr Jules Radich argued the council should increase its debt, but this did not attract support.

A majority of the committee favoured receiving funding from the Government, probably from a community wellbeing package and possibly from a transitional fund for which criteria was yet to be set.

The city council was expected to get about $46 million from a fund broadly aimed at improving community wellbeing, but that could be reduced to about $37 million.

Mr Hawkins said the council’s programme gave the city its best chance of adhering to new standards and would put the network in its strongest possible position.

Cr Vandervis said he saw the council’s programme as getting ready for the new entity.

‘‘Dragging the chain’’ would be a wiser course, he suggested.

If Three Waters reform is not derailed by the next general election, regional water entities will take over from councils and debt will be transferred to the entities. It is not yet known how the Government will determine how much debt is to be transferred.

Cr Radich argued the council stood a chance of being compensated for its boosted spending if this was funded through debt. He did not agree using Government money intended for wellbeing was the best approach.

Using debt to fund operational expenditure was presented by council staff as an option, but they did not recommend it.

In a speech that dwelled upon how much was still unknown, Cr Carmen Houlahan said the Government’s reform programme had been a debacle.

Crs Vandervis and Radich voted against that approach.