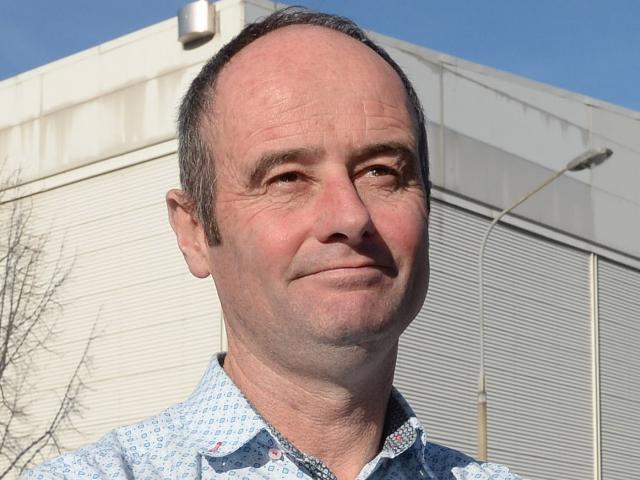 Jim O'Malley
Councillors are sharpening their pencils as they decide what to put in - and what to keep out - at the start of the Dunedin City Council’s 2020-21 pre-draft annual plan hearings. Reporters Chris Morris and Emma Perry were there.

Time is running out to build a new Dunedin landfill before the old one closes, a Dunedin city councillor says.

The warning came from Cr Jim O’Malley yesterday as councillors discussed plans for a new facility at Smooth Hill to replace the Green Island one when it closed.

Council waste and environmental solutions group manager Chris Henderson said staff now expected to be able to extend the capacity of the Green Island landfill until 2025 or 2026, about the same time a new facility at Smooth Hill could be expected to open.

That would require an extension of the Green Island facility’s existing consent, which expires in 2023, but the DCC was working with the Otago Regional Council, as the regulatory body, on that, he said.

However, Cr O’Malley said he was “really concerned” there was still no money in the council’s long-term budget to construct a new landfill, and time was running out.

The cost would be significant and the timeframes associated with both the remaining capacity at Green Island and the time needed to open a new facility were “very, very tight’’, he said.

Any “hiccup” with either and the council could be left unable to take its own waste and forced to export rubbish elsewhere, he said.

That was a significant issue for the council, he said.

‘‘This will be a big-ticket item.”

Mr Henderson told councillors a new facility could cost $30 million or $40 million to open — or “double that”, depending on what options were chosen.

The council was already talking to other potential recipients of Dunedin’s waste, as a contingency, but there were no guarantees any would be able to accept the city’s rubbish, he said.

That meant the focus was on extending the life of the Green Island facility while working to ensure its replacement was open as soon as possible, he said.

The debate came after it was confirmed the Green Island landfill had experienced a drop in commercial customers — and their business — last year.

Mr Henderson said the lost commercial customers had only started coming to Green Island in 2017, creating an “artificial’’ financial boost, but their decision to go elsewhere was price-related.

However, the council had not tried to offer a more competitive rate, as losing them again at least helped preserve the landfill’s remaining capacity, he said.

Higher charges at the Green Island landfill were also being fuelled in part by government taxes and regulations, which were expected to add $80 or $100 a tonne to the cost of rubbish disposal over the next few years, he said.

The council was working with other commercial parties to divert more of their waste to other facilities as well, also to help prolong the life of the landfill, he said.

Without such steps, the disposal of building materials when the former Cadbury factory site was demolished — to make way for the new Dunedin Hospital — could itself be enough to fill the landfill, he said.

Other measures to protect the landfill’s remaining capacity were also being considered, he told councillors.

A $60m city centre upgrade, or a $40m landfill? Why do we even need to ask this question? Obviously there are some fundamental requirements in services that this city urgently needs to address. The DCC is was well aware of the rubbish issue years ago, yet continued focusing on new development in other areas.
If the residents are taking a hit, so should council staff until the basic services are well implemented and managed with the books HONESTLY balanced.....NO MORE PAY RISES!! And the same can be said for ORC, Bidrose pay for example is insultingly excessive!

Jim O'Malley keep banging your head against the wall, unfortunately nobody is listening, This should be hot on the Hawkins list he is Green after all or is this just another topic that is not on the hot list for the Wellington Greens? Any new site should be state of the art and burn the rubbish with scrubbers on the exhausts and create energy to harness and sell back to people in Dunedin, which should off set the cost of dumping rubbish. It is pointless just creating a same old same old type tip. Be cutting edge Dunedin on things that hurt and matter. better than a poxy flash bridge to nowhere.