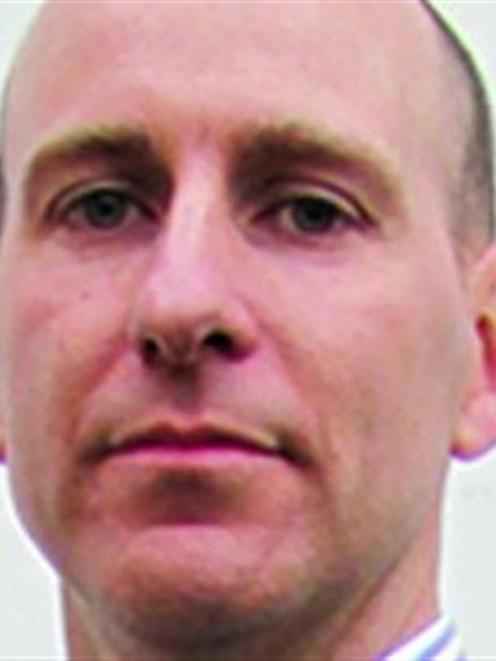 The accusation comes as Delta continues to chase $13.3 million in bad debt over infrastructure work it carried out for the Yaldhurst Village subdivision more than three years ago.

Delta chief executive Grady Cameron yesterday dismissed the accusations as "being without basis'' and said the neighbours' allegation of ‘‘land transfer fraud'' had already been dismissed by the High Court.

The neighbours' interest related to a historical dispute with the developer Noble Investments Ltd, not Delta, Mr Cameron said.

In a statement of claim provided to the Otago Daily Times yesterday, the plaintiffs alleged "deceit'' and seek a declaration "that a Delta mortgage was registered against the plaintiffs' consent''.

Mayor Dave Cull and other councillors have also been in the firing line over Delta's situation.

One of the neighbours and Crs Lee Vandervis and Hilary Calvert say there has been a lack of proper oversight on the issue.

Cr Calvert, a trained lawyer, said ratepayers should be worried about the legal threat as there could be "millions of dollars at stake'' if the court ruled in the neighbours' favour.

She thought Delta's involvement in the subdivision and its efforts to recover bad debt looked questionable.

"From what I have seen so far I would rather be on the neighbours' side than on Delta's side of the argument.''

The issue is set to be discussed behind closed doors at a council meeting on Monday, but details about what councillors will decide on remain hidden as it is included on the non-public part of the agenda.

The deceit accusation comes as two neighbours of the subdivision are arguing Delta has been involved in a plan to "cheat'' them out of their interests.

One of those neighbours, Colin Stokes, said their claim stemmed from a property deal they made with the developer Noble, to which Delta later became a party, for it to provide roading and services infrastructure to their land, which is part of the Yaldhurst Village subdivision.

He said Delta, along with Noble and other parties with an interest in the subdivision, were involved in an attempt to have the land sold as part of a mortgagee sale without fulfilling the agreement.

He provided the ODT and councillors with the statement of claim, which includes Delta in a High Court action over their interests being cheated and said what Delta was involved in amounted to "constructive fraud''.

Part of that plan involved Delta buying a 67.5% share of the money owed to Gold Band Finance - which Delta previously said was worth $3.39million - over the subdivision to improve its position when it comes to getting its own debt back.

"Unbeknown to us, Delta had formed a security sharing consortium with Noble and the first mortgagee Gold Band designed to defeat our interests and cheat us and our neighbours of our agreed subdivisions,'' he said in an email to councillors.

Mr Stokes also accused Delta of being involved in a plan to sell the subdivision for less than it was worth and provided them with a document threatening legal action if a mortgagee sale goes ahead.

He believed Dunedin City councillors and the mayor had failed in their oversight of Delta and had not been given adequate information by Delta or council staff.

He pointed to a February council meeting where council group financial manager Grant McKenzie told councillors there was no relationship between Gold Band Finance and Delta and "the only thing they have in common is an overdue debt''.

In a response emailed to the ODT , Mr Cameron disagreed with the accusation it was trying to "rip off'' ratepayers by being part of a plan to sell the land for less than it was worth.

"We remain fully focused on recovering the outstanding debt owed to Delta from the developer and have securities in place over the subdivision for the amount owing.''

The mortgagee sale was being conducted by Gold Band Finance, not Delta, he said.

It had not been involved in any unethical behaviour and it and other parties had tried several times to find a solution which would have enabled a subdivision to go ahead on the neighbouring land.

He denied Delta's actions over Yaldhurst had been reckless.

Cr Vandervis compared the situation to the millions Delta lost on Jacks Point and Luggate, subdivisions.

"I am appalled that Delta is once again coming to council with worse news of their Noble subdivision speculation requiring council decisions on more millions of dollars.''

He pointed the finger at Mr Cull as being "ultimately accountable for these failures''.

"Given the scale of the losses at the Jacks Point/Luggate subdivision, I would have expected Mayor Cull to learn and insist on a large-scale management cleansing at Delta to ensure that the same mistakes weren't made again.

"Yet here we are just a few years later.''

"The matter before council has been a long process complicated by various interests and court proceedings.

"The full council will consider the matter on Monday and look at the options that are being presented to recover the debt owed to Delta following infrastructure work it carried out but was not paid for.''

The decision would not require more money from the council as Cr Vandervis was suggesting and once the council made a decision, the facts relating to the situation would be made public.

Mr McKenzie stood by the comments he made at the council meeting at February and said Mr Stokes' allegations of fraud had previously been considered by the High Court and "found to be not even arguable''.

"I am unsure on what he is basing these unfounded accusations on.''

Gold Band Finance chief executive Martin Brennan also said the accusations of fraud had been dismissed by the High Court.