Flaw in stormwater system to be fixed 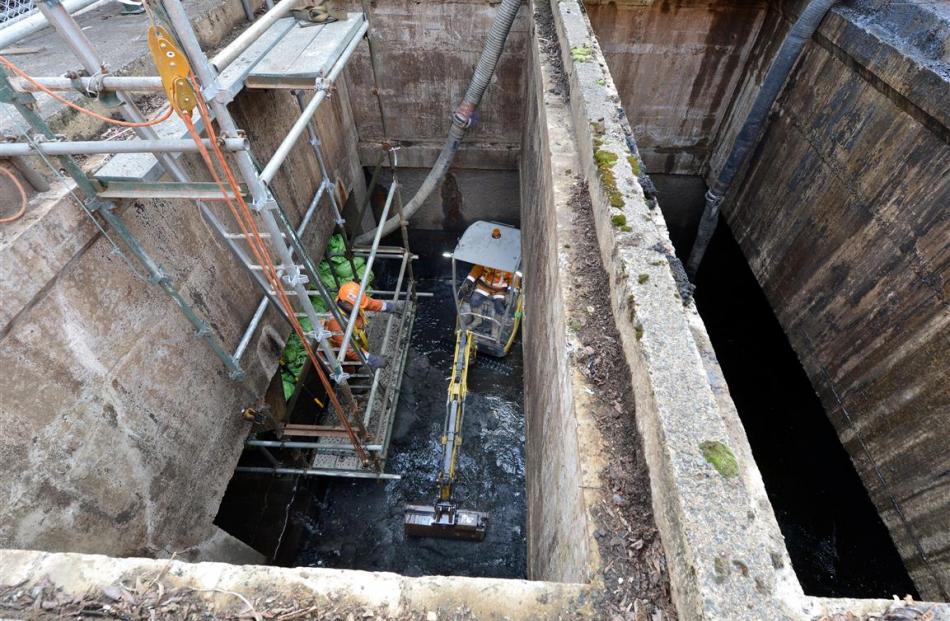 Contractors remove sediment and debris in preparation for a new screen to be installed at Dunedin's Portobello Rd pumping station. Photo by Stephen Jaquiery.

The Dunedin City Council has started work upgrading a flaw in the city's infrastructure which significantly added to last year's flooding woes.

The work to install a new filter screen at the Portobello Rd pumping station comes after the council estimated design flaws in the old screen added about 200mm to flood levels during last June's storm.

The old design meant debris blocking the screen could not be cleared by staff, which meant flood waters were not being pumped away at full capacity.

Contractors from Fulton Hogan were yesterday removing sediment and other debris from the facility in preparation for the installation of a new screen which will be easier to clear in future rain events.

Council wastewater treatment manager Chris Henderson said it was expected the new screen would be installed by the end of October, depending on weather conditions.

Once installed it would allow the pumping station to run at full capacity if last year's storm was repeated.

"The whole idea was to make the screen much larger, so it won't get blocked as easily and also make it much easier to keep it clean during storm events.''

The new screen was inclined, so staff would no longer have to drag debris vertically up the screen, as was the case with the old design.

The incline also meant water pressure hitting the screen would assist with dragging away debris.

The work was complicated by construction on a section of Portobello Rd cycleway next to the facility.

"Ideally we would like to wait until one job is finished before starting the next one, but we want to get that screen replaced as soon as we can.''

Including design and construction, the work was expected to cost about $310,000.