Friction, flak and fixing the problems

What do you know about the 11 Dunedin candidates who are contesting the 2016 mayoral election? David Loughrey puts the questions to Mayor Dave Cull.

Dunedin Mayor Dave Cull has in the past three years led a city many say is buzzing, but at the same time has had to take the flak for aborted cycleway projects and neglected infrastructure. 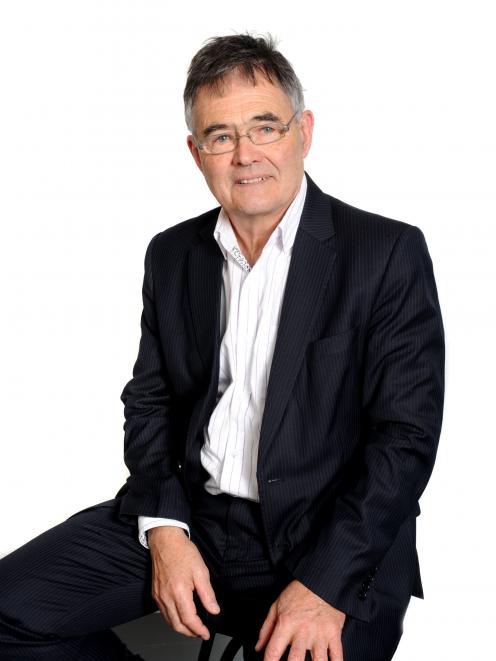 On top of that he has become involved in angry spats with other councillors at the council table.

But Mr Cull maintains problems have been, or are being fixed, and has asked voters for another three years to continue his work.

I’m standing to consolidate and maintain the progress that’s been made over the last two terms, both in council and in the community.

I don’t see that there are any major issues, actually.

That’s not to say there aren’t challenges for the city, but I think most people would want the same outcomes with those sort of challenges, and some of the challenges facing the city aren’t specifically the council’s problem anyway.

You take the hospital rebuild. We all want the same outcome there, but it’s not a local government issue as such.

A lot of people say the mayor should have a big role to play in trying to get the best outcome there for the city — because you do lead the city.

We all want the best outcome.

The expertise that will achieve the best outcome is among the clinicians, not among the local government politicians.

Obviously, and I’ve expressed to the Government and the people developing the plan, we need to appreciate how important the hospital is to the medical school and the university etc, and I’m absolutely confident from talking to people within the university and within the hospital system that is being kept in mind.

The way we’re dealing with them is first of recognising that there are two issues springing from climate change.

One is the increased frequency and severity of storm events, which affects the stormwater system.

The other is the impact of sea-level rise on groundwater.

What we are doing with the stormwater issue is looking at optimising the performance of the current stormwater system, and looking at ways we can enhance it, then looking at the cost/benefit ratios.

Figures in the billions have been mentioned.

With regard to the groundwater, we need to have a conversation with the community, and we’re doing that too, about what the threats are, where they are, and what are the options.

We need to ascertain what can be done, go to the community and say, here’s the option and here’s the cost, what might we do?

You appear more frustrated and strident in your dealings with certain councillors. How would you respond to that?

I’m more strident and frustrated with some behaviour, and part of the job as a chair of a meeting, and in this case as mayor of the council, is to protect the integrity of the meeting, of the council and of the staff. If that is compromised, it’s my job  to run the meeting.

There have been accusations the council is too Green. How would you respond?

Ninety percent of the decisions made by the council were unanimous.

It is just simply silly to say that there’s a Green block.

This has actually been a very united council.

Some decisions were split down the middle and I’ve used my casting vote, but the really important ones around strategy and budget were nearly unanimous.

There have been a series of infrastructure management problems — South Dunedin mud-tanks and cycleway problems are two — and issues like Citifleet fraud and Delta losses on your watch.  Does this reflect badly on your leadership?

The Delta issues, virtually all the mistakes that were made were made before I was mayor.

We’re still cleaning them up, but I would argue that in my first term, council at my behest straightened out governance of council-owned companies, and they’ve been doing very, very well ever since.

The Citifleet fraud, to the best of our understanding, had probably been going on for 10 years before I was the mayor.

Again, we brought in new management, and it was they that found it.

As it turns out the mud-tanks had very little effect on the flood at all.

It was the malfunctioning screen [at the Portobello pump station] that affected the height of the flood.

But that’s not to say poor maintenance is a good thing; in fact again, we’ve straightened that out.

The cycleways; there were undoubtedly some mistakes made in the way that was planned, and we’ve had to  ... learn how to do them properly.

What do you see as your successes?

First of all, straightening out council companies.

There were a couple  ... big challenges when I took over as mayor six years ago.

The first was the debt, which was still going up.

It’s not about the quantum of debt, it’s about how affordable it is for your community.

It was clearly becoming unaffordable because the projected rate increases were in the double figures.

We found efficiencies and savings and pulled the rate increases right back.

We’ve greatly reduced the debt, well below what we projected it would be at this time.

Another big achievement is developing strategic visions for the city, including economic development, social wellbeing and transportation.

We’ve still got a challenge with our negativity.

Maybe it’s a minority in Dunedin, but we have achieved some wonderful things.

The city’s humming, we’ve got more jobs than we had before, we’re getting events, more visitors, the arts and culture strategy has awoken a whole sector in the community in how we leverage that.

And yet there’s still people who emphasise how half-empty the glass is.

We’re the envy of the country in terms of what we’ve done in terms of revitalising the heritage precinct.

I can’t remember who I voted for at the last election, to be quite honest.

My politics are probably in the middle and pragmatic.

How are you going about your campaigning and funding?

I fund my campaign.

Council experience: One term as councillor, two terms as mayor

As I understand it, having one foot in town and the other, metaphorically, way up North, the Community means the Ratepayers. Going to the Community about South Dunedin means going to all of Dunedin, in that case.