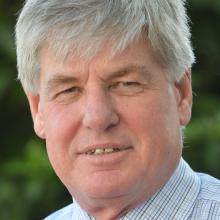 Kevin Taylor.
The man in charge of the Dunedin City Council’s multimillion-dollar property portfolio has quit following a review by independent auditor Deloitte.

Mr McKerracher, responding to Otago Daily Times questions by email, declined to say what Deloitte’s review had found, insisting the final report was "still being considered".

The development came three months after the ODT reported the department responsible for property worth hundreds of millions of dollars was being reviewed.

Mr Taylor had been moved into a "priority projects" role while the review continued, and water and waste group manager Laura McElhone had assumed responsibility for day-to-day city property and building maintenance duties. She  did not respond to a request for comment yesterday. Mr McKerracher said she would continue in the role "in the interim".

The role was expected to change in future, with a "specific focus" on community and civic properties, he said.

"Kevin’s experience and interest is in a commercial role and he has decided to pursue an opportunity in that sector," Mr McKerracher said.

Mr Taylor’s departure was the latest upheaval for the city property department, following the departure of former city property manager Robert Clark in 2014, and his assistant manager, Rhonda Abercrombie, the following year.

Simple really public Job, wages paid by rate payers of Dunedin, the public have the right and need to know why, because it might have a follow on effects.

The DCC should have no property dept with millions of dollars of property that has obviously used ratepayers money to buy without their permission,this blatant spending of said ratepayers finances must stop.

Agree Sammies comes to mind why did they purchase it - it's gone very cold on that purchase. I'd like to know of and or see the document/s of which Councillor owns what, or immediate family owns what and what they have an interest in so everything is above board, and so no fingers can be pointed.

As of today 2017/06/14 I now think I understand why this has happened, I think Mr Taylor didn't agree with Cull and the DCC lean towards purchasing part of Cadbury's building as the ODT have wrote about, if correct well done Mr Taylor.