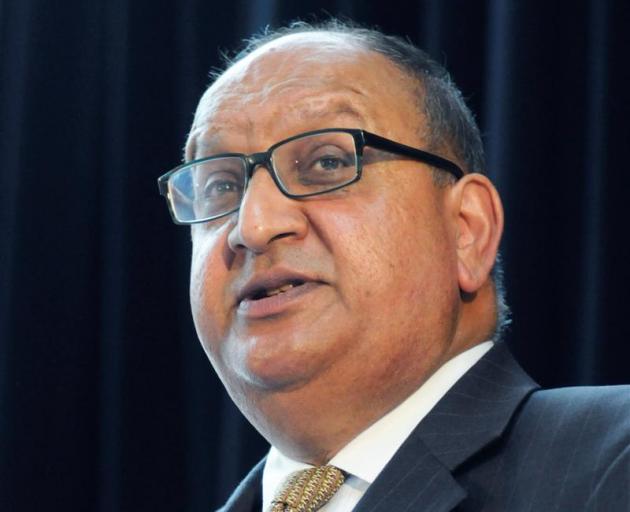 Sir Anand Satyanand. Photo: ODT files
The Abuse in Care Royal Commission of Inquiry will have the power to call in the police, but some offenders and institutions implicated in past offending within the Catholic Diocese of Dunedin seem set to slip through the cracks.

This week, the inquiry announced it had signed a memorandum of understanding with New Zealand Police, allowing incidents of abuse to be referred to police for investigation.

Inquiry chairman Sir Anand Satyanand said such referrals from inquiries in other countries had led to arrests.

However, responding to Otago Daily Times questions, an inquiry spokeswoman confirmed the ability to refer alleged abuses to police would be limited to offenders who were still alive.

The inquiry would not refer allegations of criminal conduct relating to people who had died, even if survivors asked for it, because police ''are not able to investigate and prosecute deceased persons'', she said.

''It would be giving survivors false hope to do so knowing this,'' she said.

The actions of individuals within institutions who knew about alleged crimes could be referred to police, where their actions also amounted to alleged criminal conduct, but also only if they were still alive, she said.

That meant the actions of some Dunedin offenders who had since died without facing justice, such as Catholic school teacher Ian Thompson or Christian Brother Desmond Fay, might not be put before police as a result of the inquiry.

Nor would the actions of then-Catholic Bishop of Dunedin John Kavanagh, who oversaw a period of significant sexual offending by priests and religious brothers within the diocese.

Mr Thompson was accused by three men of abusing them and other boys - amid suggestions of at least 16 victims - while a teacher at Dunedin's former St Paul's High School in the 1970s and 1980s.

He took his own life in 1985, after being confronted about his offending by one of his victims.

Br Fay, a former school principal, was accused of abusing boys under his watch, eventually driving one of them to take his own life.

Br Fay was moved overseas, but later returned to New Zealand and died an old man in Christchurch more than a decade ago.

Bishop Kavanagh died in 1985 but an investigation into his actions by the Catholic Church in New Zealand's National Office for Professional Standards has now been referred to the Vatican for direction.

The Abuse in Care inquiry spokeswoman said information alleging criminal conduct by people who had since died would still be considered by the inquiry itself, but its terms of reference did not allow it to determine any civil, criminal or disciplinary liability.

''All experiences shared with the royal commission, whether they lead to police investigation or not, will inform our recommendations to keep children, young people and vulnerable adults safe in the future.''

The inquiry could also refer incidents to police if, after speaking with survivors, similar allegations or themes of abuse emerged, she said.

So far, following the first private sessions with survivors, the inquiry had made eight referrals to police, the spokeswoman said.

The inquiry has more than 1400 people registered to share their experiences in private sessions with commissioners.

The first public hearing with witnesses is scheduled to begin next week.