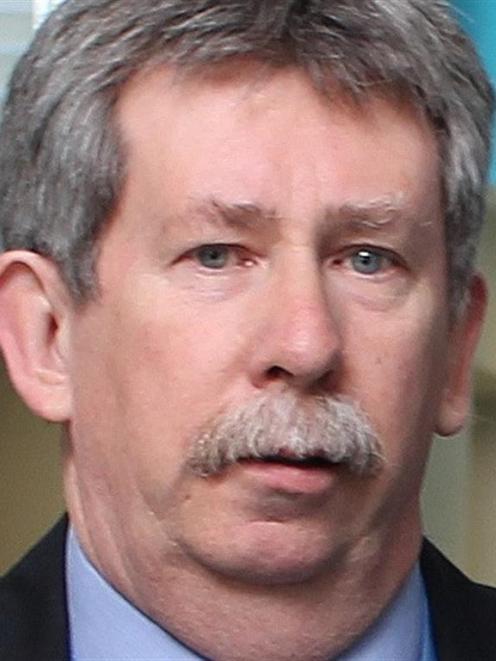 Richard Thomson.
The decision by Dunedin City Council-owned company Delta to involve itself in a Christchurch subdivision may end up costing ratepayers millions of dollars.

The company is now owed $13.3 million for infrastructure work carried out inside the Yaldhurst Village subdivision, on the outskirts of Christchurch, more than three years ago, Delta staff confirmed this week. With the subdivision mired in legal action, problems with roading and property titles yet to be resolved, plus a mortgagee sale under way, there appear to be no guarantees Delta will receive all of its money.

Council finance committee chairman Cr Richard Thomson, contacted by the Otago Daily Times, painted a bleak picture when asked if ratepayers could expect the bill to be repaid in full.

"Clearly some part of it [the money] is going to go south - it's only a question of what proportion.''

Predicting the exact size of the loss would be "a complete guess'' at this stage, as not even Delta could answer that question, he said.

"I don't think they [Delta] really know themselves.''

The size of Delta's loss would depend on the sum received from the mortgagee sale, which was yet to be confirmed after tenders closed on February 12.

It would also depend on the amount claimed by a finance company, Gold Band Finance Ltd, which initiated the mortgagee sale and was the first secured creditor in the queue to be repaid.

Delta chief executive Grady Cameron, responding to ODT questions by email this week, said Delta was the next secured creditor in the queue, so was second in line to be paid.

He would not be drawn on how much Gold Band Finance was owed, or whether that company needed to be paid in full first, before Delta received a cent.

Nor would he say whether Delta expected to receive some, or all, of its money back.

Instead, Mr Cameron insisted the mortgagee sale was "the most significant movement for some time'' towards Delta receiving a payment.

"A successful conclusion of the sale by the first mortgagee [Gold Band Finance] will remove the main obstacle to the subdivision being put on to the market and Delta beginning to recover its outstanding debt,'' he said.

Cr Thomson was more forthright, saying the bids received through the tender process would include an assessment of the risks the subdivision still faced.

There was "a down side risk'' to that approach, but the mortgagee sale was designed to "bring the whole thing to a head'' after years of delays.

"How many years do you want it to drag on? If the bids that come in are so low that the only people who get repaid are people further up the tree, well, there will be a further write-down in the Delta books.

Cr Thomson emphasised he was expressing his personal view, and not speaking on Delta's behalf.

The company's involvement in the subdivision has been criticised by other councillors, including Cr Lee Vandervis, who compared it to Delta's failed property investments at Jacks Point and Luggate.

All three involved "enormous amounts of Dunedin ratepayers' cash being used to gamble on high-risk ventures''.

Cr Vandervis did not respond to requests for comment this week, but Dunedin Mayor Dave Cull has previously rejected the comparison, saying Yaldhurst was "a fundamentally different situation'' to Jacks Point.

Problems still faced by the subdivision - with the potential to affect a sale price - included an internal roading network, built by Delta, which the Christchurch City Council was yet to approve, it was confirmed this week.

Mr Cameron said Delta had built the roads to the specifications required at the time, but a Christchurch City Council spokeswoman said a subsequent safety audit had recommended changes, which were yet to be carried out.

Individual titles within the subdivision were also the subject of a "long-standing dispute'' with neighbours, which remained before the courts, Mr Cameron said.

Cr Thomson said councillors had been updated on the situation during regular briefings by Dunedin City Holdings Ltd, which remained "hopeful'' a "significant chunk'' of the debt would be recovered.

DCHL chairman Graham Crombie did not return calls this week, but Cr Thomson said the question "foremost on my mind'' during those briefings was simple: "What happens if Delta receives nothing?''

That "has to be a possibility'', but was "the absolute worst-case option'', Cr Thomson said.

Such a scenario would have "a significant impact'' on Delta's balance sheet, dramatically reducing its available shareholder funds, he said.

But it would not pose a risk to the company's solvency, or require the council to invest more to help the company recover, he said.

"Delta is trading successfully without that cash now ... In the event they got lucky and recovered a substantial chunk of the debt, then they would suddenly have cash which they haven't had.''

• $13.3 million owed, based on independent market valuation and including penalty interest.

• For infrastructure work by Delta inside the stalled Yaldhurst Village subdivision three years ago.

• Property's titles and roads yet to be signed off; now the subject of a mortgagee sale by tender.