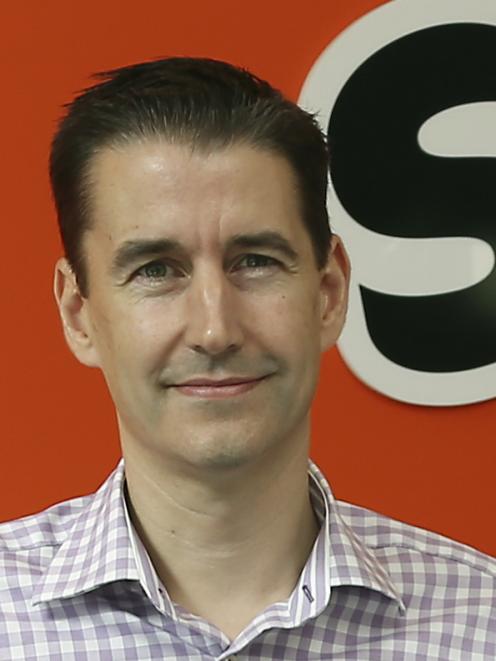 James Koers
Dunedin is about to become a test case for the rest of New Zealand now the city has won the right to become the first in the country to get 1-gigabit-per-second data access, internet service provider Snap Retail says.

Other New Zealand centres would watch Dunedin to see what could be achieved as a reference, Snap general manager James Koers said yesterday.

''We are entering uncharted territory. These services haven't been offered before.''

Dunedin had a three-year advantage ahead of other New Zealand centres and Snap was keen to use its smaller size to experiment on what services it could provide and get things ''bedded down'' before the three years was up, he said.

Some of the larger internet service providers (ISPs) could have difficulty adjusting to the faster speeds. Mr Koers speculated that in three years, New Zealand might have access to 10Gbps speeds, such was the rate of development on the web.

Snap was already operating in Dunedin but was based in Christchurch with a long history of connecting businesses and schools to fibre, particularly after the devastating earthquakes which destroyed much of Christchurch's infrastructure. New Zealanders had been consuming much more data in recent times - sometimes even being unaware how much they were using.

Streaming television was becoming more popular, along with people using multiple devices around their homes to download, upload, and connect with family or devices.

Asked about how people could use the 1Gbps of data, he said after the earthquakes, people found they needed to work more from home because they did not have an office to use.

As soon as any fibre was laid, people could start connecting into their work network with the same access as if they were sitting in their office, sometimes at faster speeds.

Workers were connecting through the network from wherever they lived.

Also, home security became important to many affected in the quakes. Fast data would allow security cameras from homes to be streamed to smart phones so owners could monitor their homes remotely, he said.

Asked about the term ''interconnected communities'', Mr Koers said although Dunedin had won, the other towns and cities had generated their own ideas from the Gigatown competition that could still be implemented.

For instance, Wanaka schools could connect a Dunedin school hub for special lessons.

Children had become used to using ultra-fast broadband at school through the Government's UFB project and expected to have it available at home.

Fibre had to run outside a house or business to be connected to 1Gbps data but Dunedin already had good fibre coverage, with up to 18,000 residents able to access UFB immediately, Mr Koers said.

Snap was installing hundreds of UFB connections a month and Chorus was connecting many thousands. Even though 1Gbps was not available yet, Snap was providing a high-quality modem service into Dunedin. The Snap modem retailed at $395.