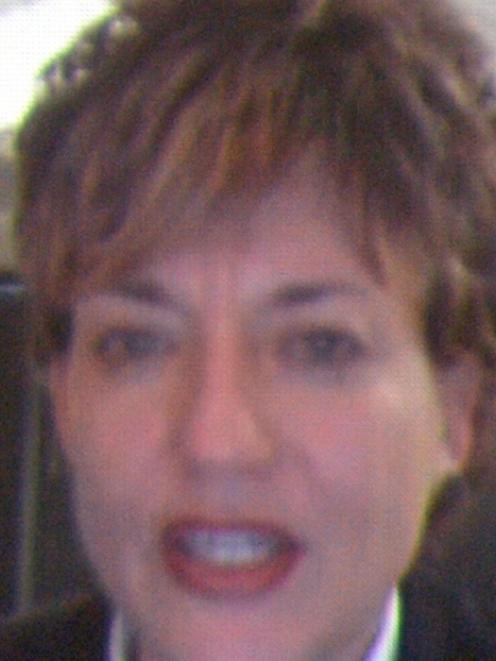 Denver, United States, Metro Chamber of Commerce chief executive Kelly Brough gives her insights on cycling infrastructure via a webinar yesterday. Photo by Peter McIntosh.
The head of Denver, Colorado's, chamber of commerce says that city's improvements to cycling infrastructure have had a positive effect on the city's brand and economy, although it was difficult to measure the exact impact.

Denver is adding protected cycle lanes as part of its economic development strategy to upgrade and provide more choice in transportation around the city, rather than primarily as a safety measure, but there was plenty Dunedin could take from Denver's approach, participants in an online conference, or webinar, hosted at the University of Otago yesterday were told.

Kelly Brough, president and chief executive of the Denver, United States, Metro Chamber of Commerce, told conference participants increasing travel mode choice, including more and safer options for cycling, was seen as something that would attract to the city the desired workforce (a survey had revealed the number one issue for recruiting technology firms to the city was it had to have cycle lanes), improve people's health (with economic results in improved productivity and less need for healthcare) and promote Colorado's brand of having a healthy, outdoor lifestyle.

All of that would help position Denver, the state capital, as being competitive on the world stage.

''Our culture matters in terms of selling who we are to the world and, really, this is about the identity of who we want Denver to be seen to be.''

A bike share programme was started first and then, as the workforce demanded it and more people were educated to want to use alternative transport, protected cycle lanes were constructed.

Asked if Denver faced opposition from retailers concerned about losing customers through the loss of car parks, Ms Brough, also the former chief of staff at Denver City Council when transport changes were passed, said yes it had, but Denver had a different approach to Dunedin.

It had decided the best strategy was not to compete with cars, and the city had been able to install lanes without taking out parking for businesses.

She said the city had waited ''a long time'' to ensure it had a decent volume of people cycling before it put the lanes in, but that had had its own challenges, because it meant the city had spent a lot of time encouraging people to ride.

To another question, she said it had not taken long to get the chamber to support promoting cycling.

''Our view was, truly, that this would be great for Colorado and attract a workforce we know we need.''

Hosting the US Pro cycling challenge in Colorado recently had also engaged the entire state and helped increase discussion on the link between business, economy and cycling, ''and not of lot of things do that''.

No economic modelling had been done on the new infrastructure, and each business would no doubt see different benefits or costs, she said.

There was always a conflict between motorists and cyclists and authorities had to take people along with them.

''You really have to do work on both sides. You have to get people interested in cycling, building a bike lane alone doesn't work.''

It took the Denver council three tries to get its transportation plan passed, and it did so because the focus was on promoting transport choice.

''It wasn't about one has more value than the other; people were able to choose their preferred options.''

One webinar participant said that approach, rather than a strict focus on safety, seemed to have merit, and perhaps providing transport choice was something Dunedin's discussion about cycle lanes could evolve into.

About 75 people from around New Zealand took part in the webinar.