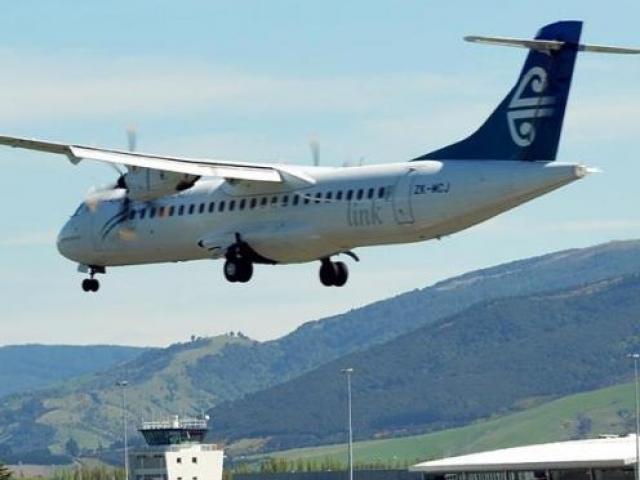 Passengers heard a bang and saw smoke while the cabin rattled on board the Tauranga-bound flight. PHOTO: ODT FILES
A Dunedin minister on a horror flight to Tauranga today has noticed nothing inspires prayer like a bang coming from a plane engine.

Knox Centre for Ministry and Leadership teacher Rev Dr Kevin Ward was on a flight from Wellington to Tauranga on Friday during which the plane lost one of its engines.

Passengers heard a bang and saw smoke while the cabin rattled.

Dr Ward said he noticed others praying in the cabin.

"It was interesting to me. I had a young girl next to me and she was bowing down praying and I don't think she was particularly religious.

"It was an interesting example of what they used to say that there are no atheists in the trenches in war."

It started with "quite a bit of vibration" before he noticed one of the engines had stopped.

"It was just being moved around a bit by wind. I was distracted a bit talking to the girl beside me and trying to reassure her."

After that the flying was "not too bad".

An Air New Zealand spokeswoman said the flight landed safely after pilots shut down one engine as a precaution following an indication in the flight deck of a potential issue.

"Q300 aircraft are designed and certified to operate safely on a single engine and pilots are trained for this scenario.

"In line with standard procedures, airport based emergency services were on standby as a precautionary measure. To be clear this was not an emergency landing. The aircraft will be inspected by engineers."