Covid-19 restrictions did not stop about 700 punters from making the best of it at Wingatui yesterday.

The Otago Racing Club held its Melbourne Cup Day races yesterday, but with Covid-19 restrictions no general admission was allowed.

Those who attended enjoyed a quieter day at the races than usual, but the turnout was still ‘‘terrific’’, Otago Racing Club general manager Grant Gaskin said.

A usual race day had about 4000 people in attendance, he said.

The event had slipped between lockdowns and had managed to run at full capacity last year, he said.

The lack of general admission meant there were no students at the course to enjoy the races.

Although things were on the quiet side, it still went well considering the restrictions, he said.

A large screen played the Melbourne Cup live for people to enjoy from their tents, but the local races drew everyone out on to the grass in anticipation.

The excitement built whenever the horses flew by the spectators, but there was another kind of contest happening off the course.

About 30 entrees showed their stuff on a Fashion on the Field competition, which asked entrees to show off their extravagant race day outfits.

Fascinators were not the only statement piece among the fashionistas.

Homemade face masks were the latest hot accessory, with some going for a muted black and others showing off their homemade masks covered in pink glitter.

The competition was taken away by Andree Callaghan, of Christchurch, who captivated the judges with a homemade millinery hat and a bag from Kmart.

It was her sixth time entering a race day fashion competition, but this was her first time participating at Wingatui.

She was ‘‘pretty stoked’’ to win, but had difficulty keeping the hat under control with the strong gusts of wind.

The men’s fashion contest had a far smaller field with only three entrees.

Winner Alex Ramsay wore a suit covered in flaming skulls, which he described as his ‘‘everyday attire’’.

He was glad to have won, but the overall event was a bit quiet for his liking.

Not everyone at the course was dressed in a colourful dress or a slick suit.

Sticking out between the bright dresses and the slick suits were Green Island Rugby Club members.

They had come together to enter a horse named Gary into the races. They had all worn their green and yellow rugby jerseys in support of the jockey, who was wearing green and yellow stripes. 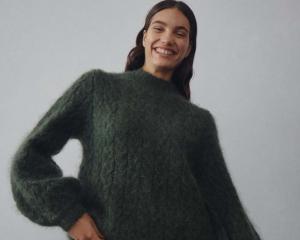 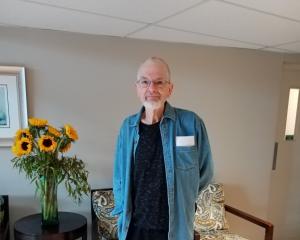 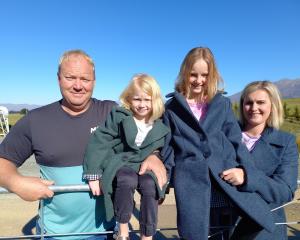 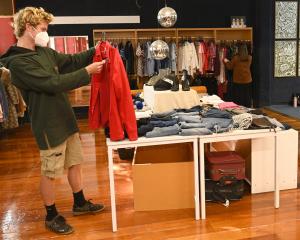 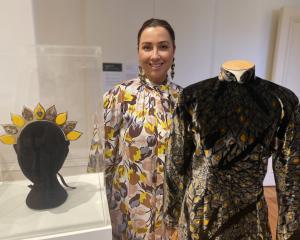 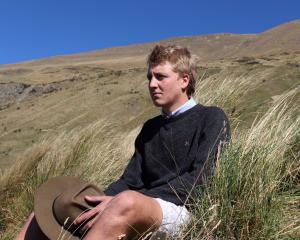