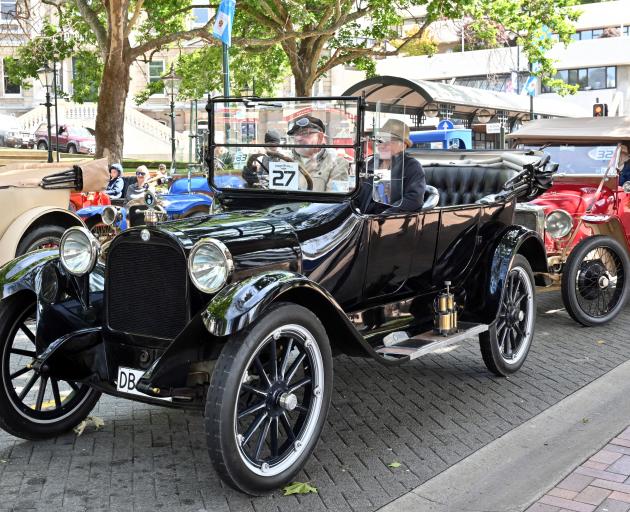 Mr Wilkinson, who co-ordinated the rally for more than a decade, until about 1993, said the 66th annual veteran car event was a "fantastic" success on Saturday, and the Octagon send-off had been the best in many years.

The rally was loosely modelled on the London to Brighton veteran car rally.

Mr Wilkinson said it had traditionally been an "anchor" event for festival week, but had become part of a wider range of activities, including the soap box derby in Manor Pl.

Festival Week added a vibrant note to Dunedin life, was positive for the morale of young and old and also attracted national media coverage for the city.

Cr Lee Vandervis gave a speech to mark the rally opening, on behalf of the Dunedin City Council, before the 11am start in the Octagon.

Cr Vandervis agreed that it would be a good idea to restore festival week, and said more events like the veteran car rally would be "great" for the city.