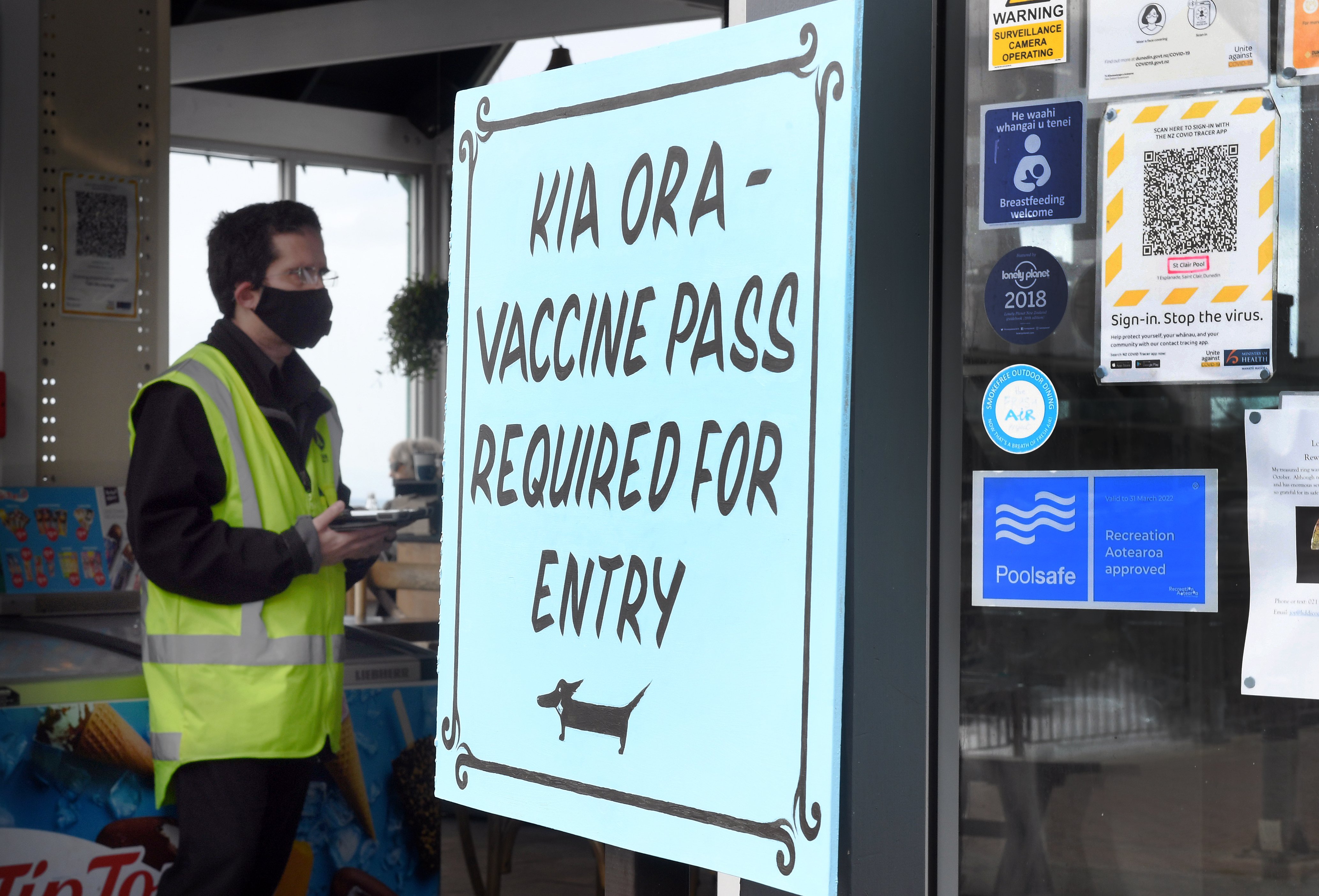 Security guards have been employed to check vaccine passes at the entrance to the Long Dog cafe and the St Clair Hot Salt Water Pool. PHOTO: STEPHEN JAQUIERY
Vaccine passes were being scanned with little hassle as the South shifted to the Covid-19 traffic light alert system yesterday.

Otago and Southland, along with much of the rest of the country, moved into the Orange level yesterday.

That meant vaccine passes were required for many businesses and facilities, and the end of most gathering restrictions.

Aside from a few teething troubles, it appeared to go mostly smoothly on day 1.

Police said there had been no problems in Dunedin.

Staff member Pru Jopson said scanning passes had added another layer of administration, but generally people had been pretty good about it.

A few people had forgotten their passes or thought another piece of documentation would do, such as a text message about their vaccination appointment, and had to be turned away, she said.

Potpourri cafe owner Hilary Procter said she was proud of the way her staff had adapted to the change.

One person had to be turned away yesterday, but otherwise things went well, she said.

‘‘It was all very calm. I think people enjoyed trying it for the first time.’’

It was similar across the road at The Corner Store Cafe, where owner Mark Anson said there had been no issues and most people had their passes ready to go when they came into the store.

They had not had to turn anyone away by late yesterday morning.

Inspiring Women gym owner Kirstie Williams said members had started scanning their passes about a week ago, and she had to turn away only one person yesterday.

Bar-goers spoken to by the Otago Daily Times last night had no issue with the vaccine pass.

One said it ‘‘took about five seconds’’ and was no more difficult than having an ID checked.