By John Gibb
0 Comments
Getting by without a car was initially a "hellish" experience, Dunedin woman Patricia Clark said yesterday.

Mrs Clark had also once thought she would be "driving to my own funeral" after declining a ride to a church service from another car driver who had previously admitted being unable to drive adequately.

She was among three panellists who participated in "The Non-Drivers"— the first part of a two-part forum on "Coping Without a Car".

She said that after long having driven, she had found the end of her driving a difficult experience, but was coping better now. 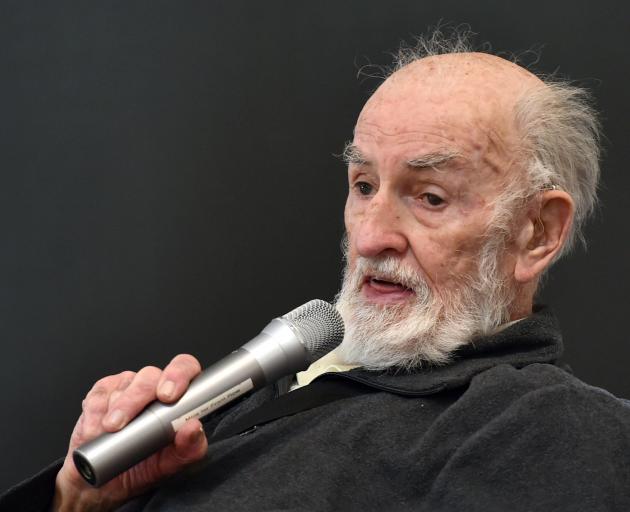 Community panellist John Manning yesterday discusses coping without a car. PHOTO: PETER MCINTOSH
The forum, at the Dunedin Public Library, was attended by about 30 people.

The discussion was chaired by Dunedin-based Visual Impairment Charitable Trust Aotearoa NZ co-founder Lynley Hood, and hosted by the group.

The forum’s second part, on "The Decision Makers", will bring together transport policy makers from local, regional and national authorities, at the same venue, on March 25.

The policy-makers will respond to the points raised yesterday.

Panellist John Cunningham, who has never driven a car, yesterday voiced concern about the dangers posed by e-scooters.

Other people suggested bus services should be restored to Cargill’s Corner and parts of the City Rise area.

Fellow panellist Anne Marie Parsons discussed the circumstances in which she stopped driving.

Kristen Beardsmore, of Age Concern Otago, said some people with limited sight and who could no longer drive were not only facing some challenges getting to their destinations, but also had trouble "navigating" in some buildings, including with dark areas, when they had arrived.